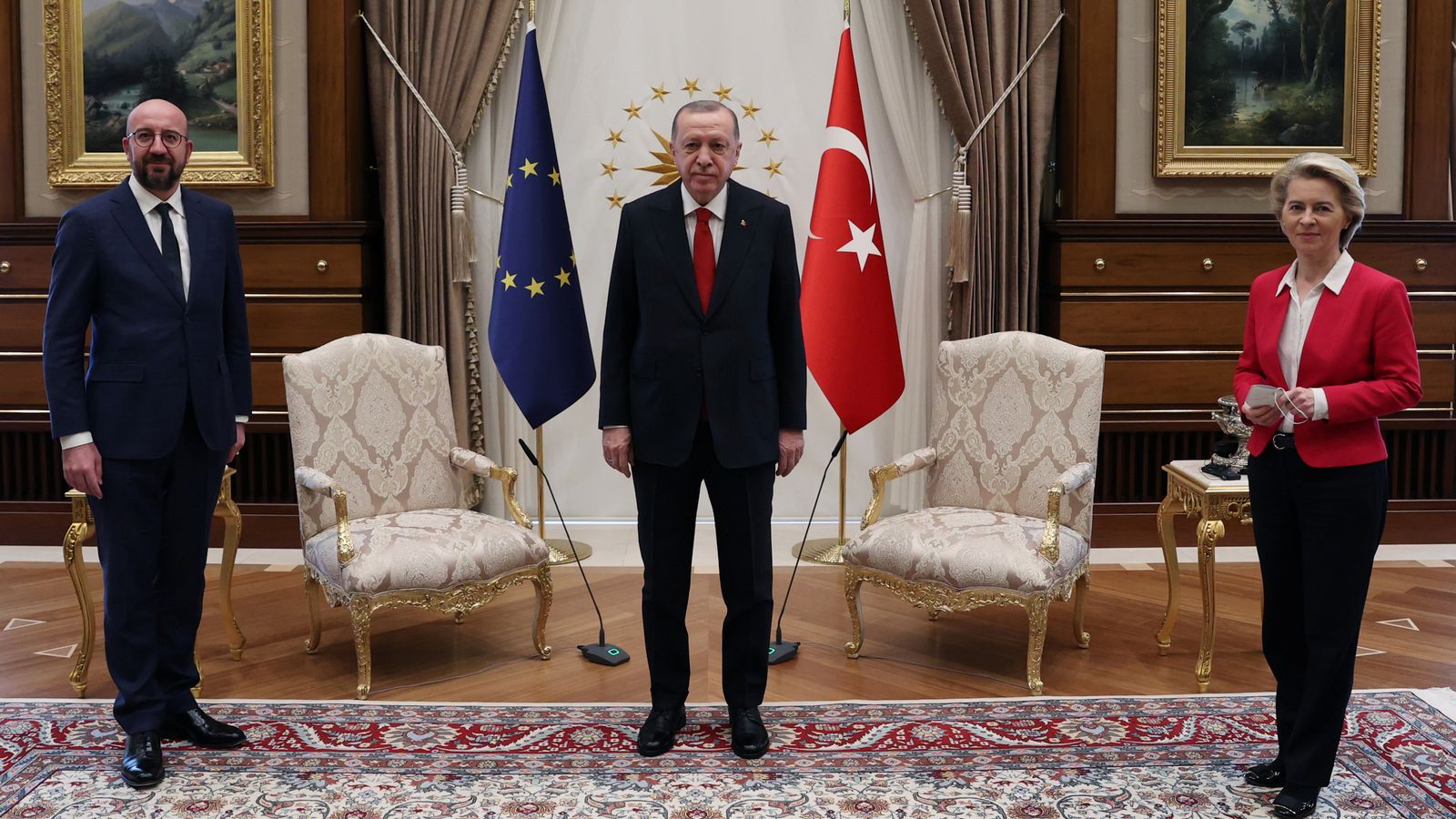 Turkey has rejected claims it snubbed European Commission President Ursula von der Leyen because she is a woman.

And the war of words with Europe has continued after Italy’s Prime Minister Mario Draghi labelled Mr Erdogan a “dictator”.

Footage from earlier this week showed a perplexed Ms Von der Leyen as the Turkish leader and Mr Michel took their seats in front of their flags.

She was eventually seated on a sofa a little further away from her counterparts and opposite Turkey’s foreign minister, who is below her in the protocol pecking order.

Turkey is saying that they only provided two chairs because that is what EU protocols stipulated.

“Turkey is a deep-rooted state and this is not the first time that it has hosted a visitor,” Mr Cavusoglu said.

He added: “The protocol applied during its (international) meetings is in line with international protocol rules as well as the world-renowned Turkish hospitality traditions.”

Dominique Marro, the EU’s head of protocol, said that if the room had been seen ahead of time they would have asked for another seat.

Mr Marro added that the incident might have been prompted by the hierarchy of European leaders established by the EU treaty.

Mr Draghi, the Italian prime minister, said: “I absolutely do not agree with Erdogan’s behaviour towards President von der Leyen. I think it was not appropriate behaviour and I was very sorry for the humiliation von der Leyen had to suffer.

“With these, let’s call them what they are – dictators – with whom one nonetheless has to coordinate, one has to be frank when expressing different visions and opinions.”

Turkey has summoned the Italian ambassador to the country, the state-owned Anadolu news agency reported.