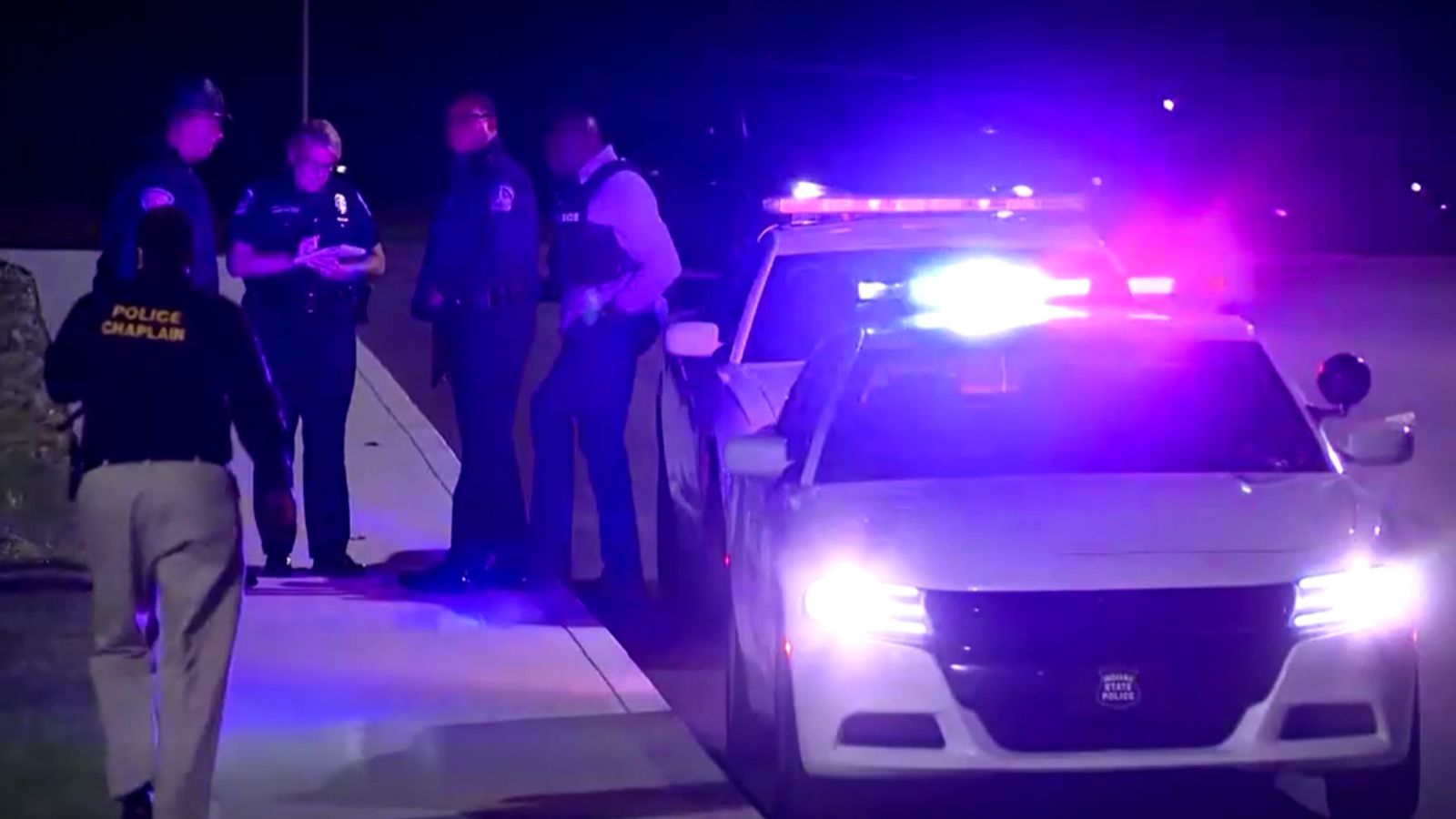 Eight people have been killed in a shooting at a FedEx facility in Indianapolis.

At least four people are in hospital – one with critical injuries – while two others were treated at the scene and released following the incident late on Thursday.

Police earlier said multiple people were injured and had been transported to different hospitals in the area.

The gunman also took his own life and police have said they believe there is no longer an active threat to the community.

Officers were called to reports of gunfire just after 11pm and arrived to an active shooting situation.

Investigators are working to gather information on the suspect, who has not yet been identified.

Footage from the scene shows police tape in the car park outside the facility and multiple emergency service vehicles.

Family members have gathered at a local hotel to wait for word on their loved ones.

A witness, who said he works at the facility, told WISH-TV that he saw a man with a gun after hearing several gunshots.

“I saw a man with a submachine gun of some sort, an automatic rifle, and he was firing in the open,” said Jeremiah Miller.

Another witness said his niece was sitting in her car when the gunfire began.

“She got shot on her left arm,” said Parminder Singh. “She’s fine, she’s in the hospital now.”

His niece had said she did not know the gunman.

The FedEx facility is close to Indianapolis International Airport.

A spokesperson for the delivery service said the company was aware of the incident and was “working to gather more information”.