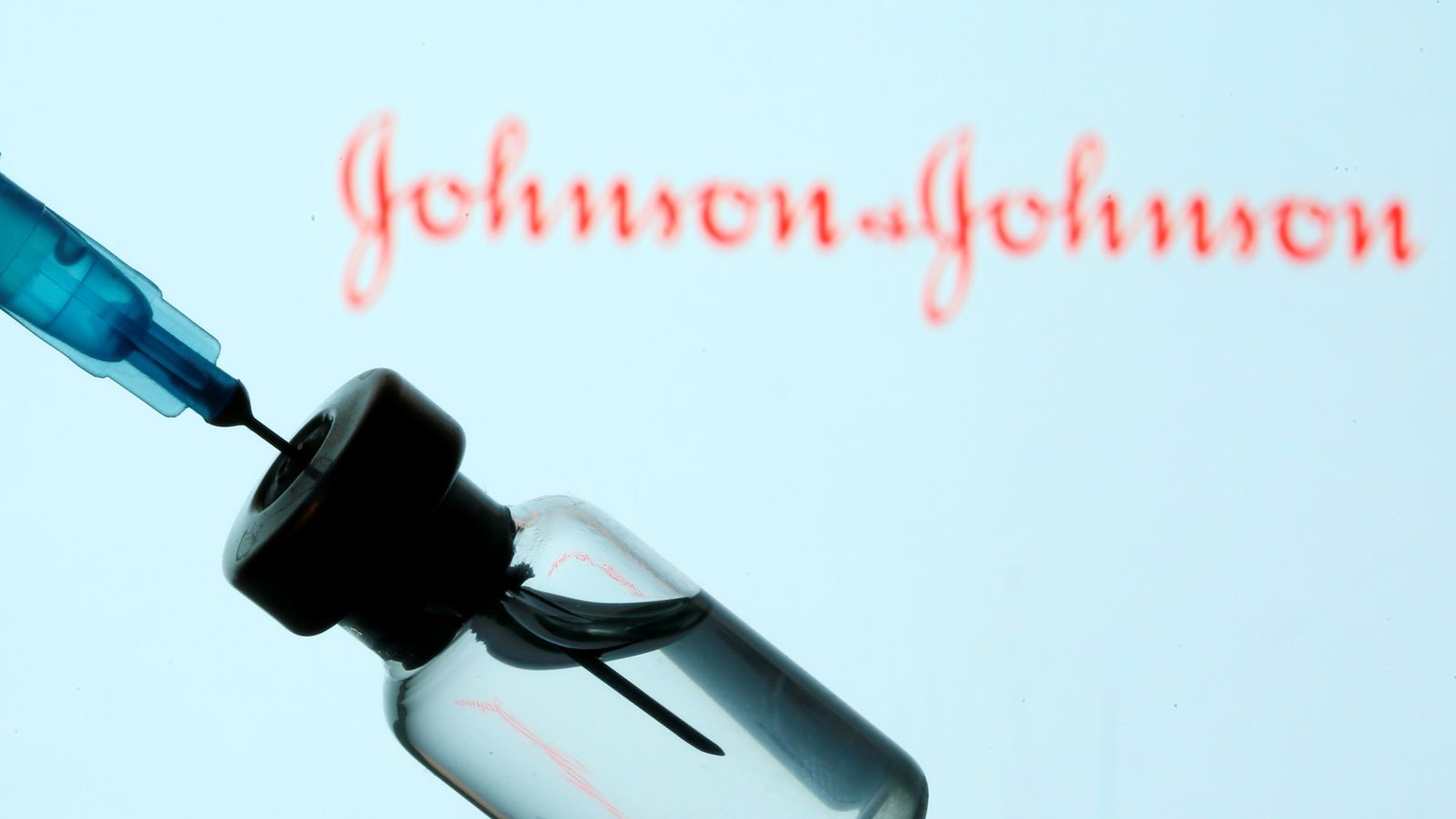 The European Medicines Agency says it has found a possible link between the Johnson & Johnson COVID vaccine and very rare cases of unusual blood clots.

European regulators say that unusual blood clots with low blood platelets should now be listed as “very rare” side effects of the vaccine.

But they stressed that the “overall benefits of the vaccine in preventing COVID-19 outweigh the risks of side effects”.

The new warning is based on eight “serious” cases in the US, one of which resulted in the person dying.

All eight people were under the age of 60 and developed clots within three weeks of vaccination, the EMA said. The majority of the cases were in women, it added.

The Johnson & Johnson vaccine, which works with a single jab as opposed to the traditional two doses, has been given to more than seven million people in the US, as of 13 April.

It has not been approved for use in the UK yet, but the government has ordered 30 million doses.