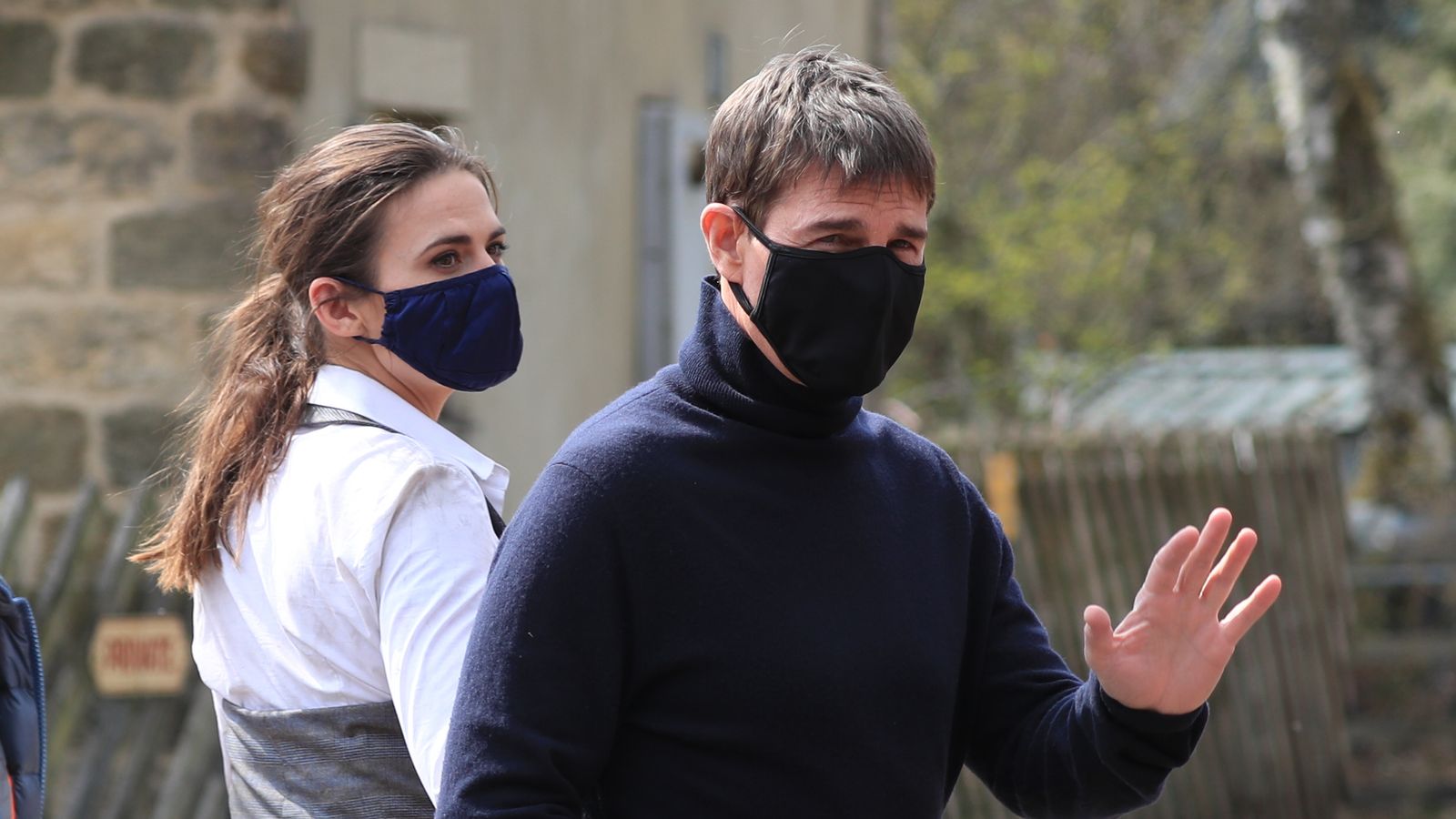 Tom Cruise waved to members of the public as he filmed scenes for the latest Mission: Impossible movie in North Yorkshire.

The Hollywood star was flanked by an entourage as he made his way across the set on Tuesday – wearing a face mask, navy blue roll-neck sweater, trousers and boots.

Hundreds of crew were seen setting up for filming in the village of Levisham on the North York Moors near Pickering, which appeared to involve the use of a modified train and tracks.

Cruise was seen clambering on top of a carriage while apparently filming a stunt.

The actor has been working on the new Mission: Impossible film alongside Hayley Atwell.

Production of Mission: Impossible 7, from Paramount Pictures, has suffered a number of delays due to the coronavirus pandemic.

Filming was scheduled to begin in Italy in February 2020 but production was halted as coronavirus cases rose in the country.

After a delay, filming restarted at locations including Warner Bros Studios Leavesden in Hertfordshire.

Earlier this month the film’s release was delayed from November until May 2022 as coronavirus continued to disrupt international schedules, with Mission: Impossible 8, also co-starring Atwell, slated for release in 2023.

The G-7 may cap Russia’s oil price — but it won’t dent Moscow’s war chest, analysts say
50 migrants diagnosed with diphtheria in UK this year, with most in last two months
Tesla Semi Delivery Event news hub: Livestream and updates
Tech’s reality check: How the industry lost $7.4 trillion in one year
Woman abducted as a baby reunited with family 51 years later