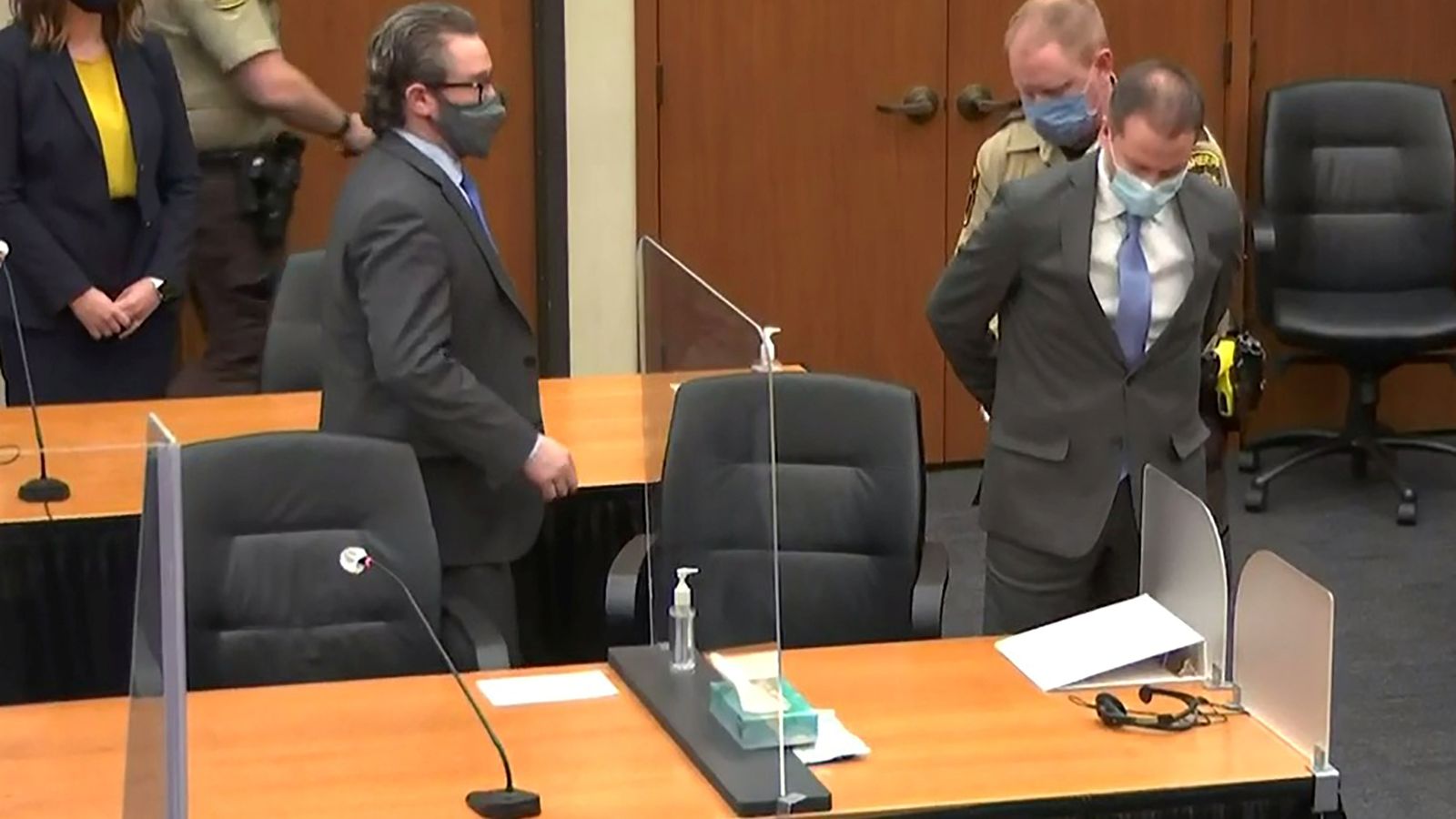 When George Floyd bought cigarettes with a counterfeit $20 note, it triggered the wretched sequence of events that led to the end of his life.

The teenager who served Mr Floyd was a key prosecution witness in the trial of his killer, former police officer Derek Chauvin.

Christopher Martin said he has felt too scared to work in the shop since Mr Floyd’s death but that giving evidence in the trial had brought him a sense of relief.

“That probably felt the best for me – to let everything out and get it off my chest and tell the world what really happened,” he told Sky News.

“I thought it was very beneficial for getting justice for George and his family. So that was very satisfying.”

After the police were called Mr Martin was captured on CCTV with his hands on his head outside the store as he watched Mr Floyd’s arrest unfold. On the witness stand he was asked what had been going through his mind.

“Disbelief and guilt,” he told the court. “If I would have just not taken the bill, this would have been avoided.”

Mr Martin had offered to pay for the cigarettes to make the issue go away – he didn’t want it to escalate or to have the police called.

But it was out of his hands and he found himself thrust into the middle of a horrifying event, experiencing a sense of guilt for something that was not his fault.

When I asked him how it felt to hear a guilty verdict for Chauvin, his frown broke into a smile for a brief moment.

“It took a load off my back in a lot of ways,” he said. “I would say it was relieving.”

But even seeing Chauvin handcuffed in court, the inequality still felt stark. The former officer, convicted of murder, was taken into custody safely and with dignity – treatment he hadn’t afforded to Mr Floyd for a fake $20 note.

“It just shows again what we have to deal with,” Mr Martin said.

“He gets a nice good trial and he gets to be protected in prison for however long but obviously that’s not the same for an African American.”

Chauvin’s conviction is only the beginning of what is needed in terms of change.

Mr Martin felt a sense of helplessness and fear of the police that day.

He saw a black man being persecuted in custody, instead of protected.

What does that tell a black teenager growing up in that community?

“I believe once they put their badge on they believe that they’re better or higher up than other people and civilians and that gives them the “right” to treat people however they want to,” Mr Martin said.

“It’s sickening and there needs to be change immediately. Derek being guilty, that’s one step. But there are a lot of areas that need work.”

There is no doubt this has had a lasting impact on his life.

“It’s something I’ll carry to my grave,” he said.

Let’s hope he sees systemic change. Not in his lifetime – now.