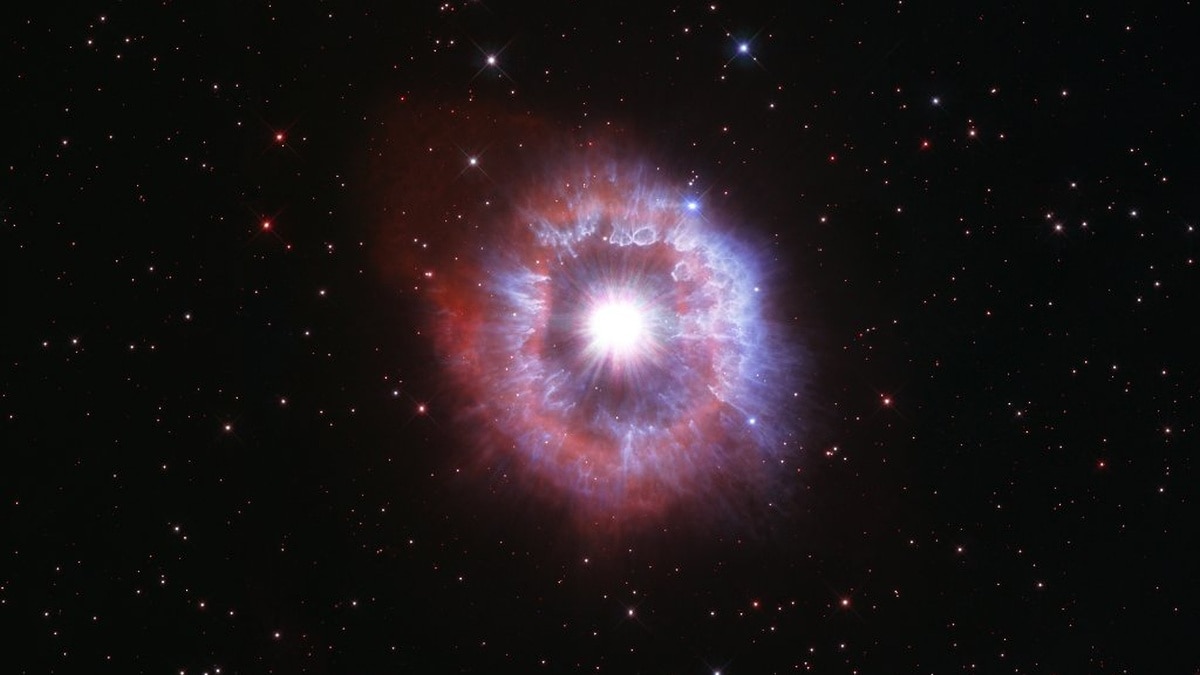 To celebrate the 31st anniversary of the launching of Hubble Space Telescope, astronomers from NASA aimed the observatory at one of the brightest stars seen in our galaxy on Friday. Called AG Carinae, it is located approximately 20,000 light-years away. It’s not just a luminous dot in the sky, but a glowing gas-and-dust nebula waging a battle within itself to avoid self-destruction. The star started forming around 10,000 years ago through an eruptive process and is likely to survive only a few years, a minuscule lifespan compared to the roughly 10-billion-year lifetime of our Sun.

The Hubble Space Telescope launched 31 years ago on April 24 and is still working, capturing spectacular cosmic images. Stars like the AG Carinae are among the biggest and brightest. The image tweeted by NASA was taken in ultraviolet light, which offers a slightly clearer view of the dust structures around the star. Hubble is ideally suited for ultraviolet-light observations.

Soon after being posted, the image received a lot of appreciation, with some users even thanking NASA. “What a beautiful star, living on with its own nebula. I love the little complexities that let these hot stars do these things,” a Twitter user with the handle @Ferric_Foxide said. Another user @KramerDuc thanked NASA for “enriching humanity”.

Called the luminous blue variables, NASA explains that these stars exhibit a dual personality. For a long time, they remain dormant and then suddenly erupt in an impatient outburst. Because of their size and incredibly hot temperatures, these stars constantly remain in a battle to maintain stability between the radiation pressure bound outward and gravity outside pressing in. The radiation often wins, exploding the star into a volcanic eruption. After the outburst, these stars again gain some stability and remain quiet for a while.

AG Carinae, too, has undergone this period of two forces pulling it in opposite direction but its outbursts have been less violent when compared to its peers, says NASA.

The luminous blue variables are important for astronomers as they have far-reaching effects on their environment, but they are rare to find: fewer than 50 are known. These stars spend thousands of years in this phase and many of them end their lives in titanic supernova blasts, enriching the universe with heavier elements beyond iron.

We dive into all things Apple — iPad Pro, iMac, Apple TV 4K, and AirTag — this week on Orbital, the Gadgets 360 podcast. Orbital is available on Apple Podcasts, Google Podcasts, Spotify, and wherever you get your podcasts.
This article was originally published by Ndtv.com. Read the original article here.
Share on Facebook
Share on Twitter
Share on Pinterest
Share on LinkedIn