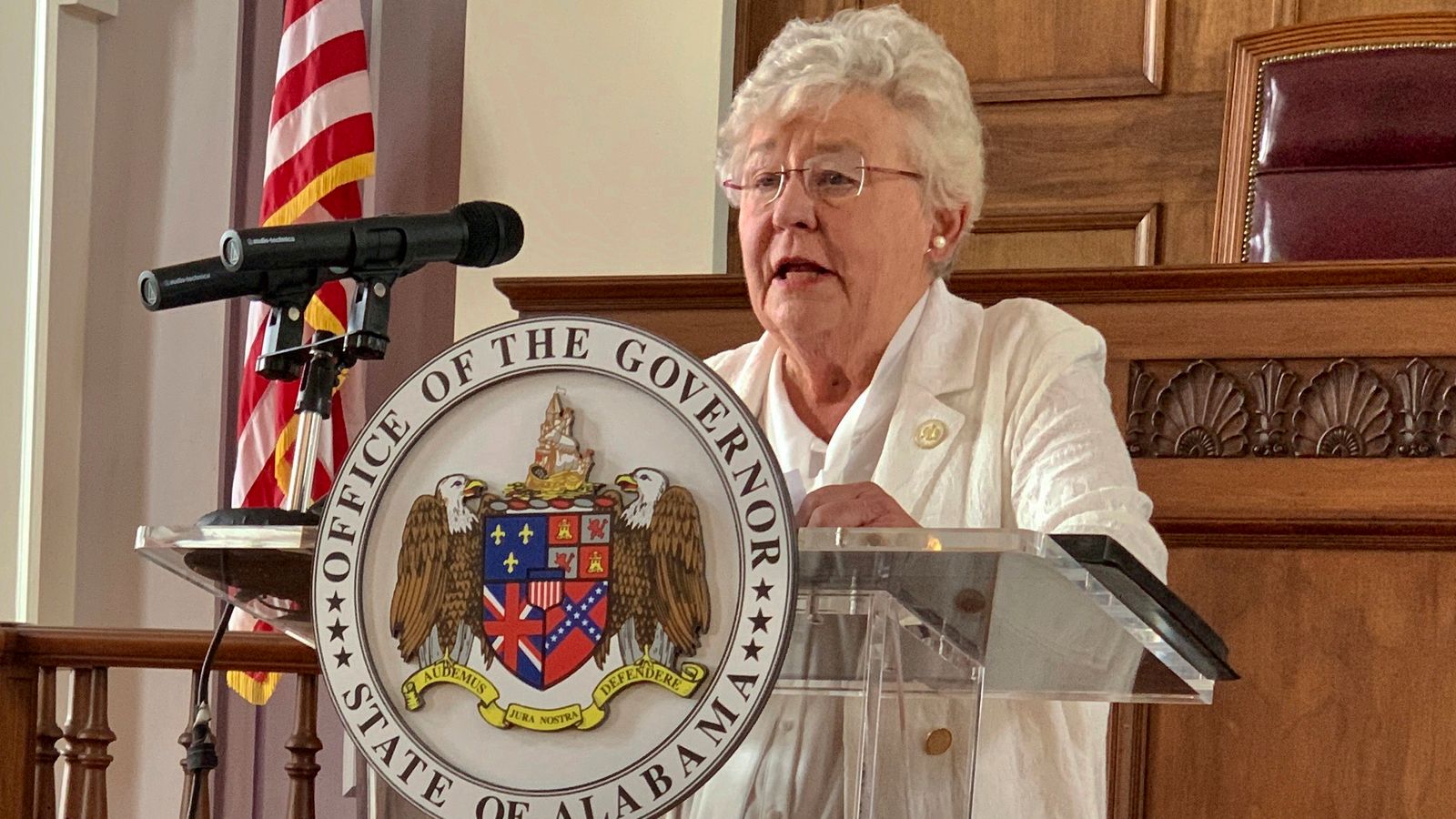 Transgender girls have been banned from playing on female sports teams by a Republican governor in the US.

The move will see Alabama become the latest conservative state to take such action against transgender girls.

Ms Ivey’s office said in a statement that she had signed the bill saying a public K-12 school “may never allow a biological male to participate on a female team”.

Spokeswoman Gina Maiola said she could not comment further on the decision.

Supporters of the bill, HB 391, insist transgender girls are born bigger and faster and have an unfair advantage in competition.

“They deserve the same opportunity to learn valuable skills of teamwork, sportsmanship, and healthy competition with their peers.”

The Alabama House voted 74-19 in favour of the bill, which was sponsored by Republican Representative Scott Stadthagen of Hartselle.

The Alabama Senate voted 25-5 for the legislation.

“I want to thank governor Ivey for her leadership and for protecting the rights of Alabama’s female athletes,” Mr Stadthagen said on Friday.

“Standing up for what is right is not always easy, but it is always the right thing to do.”

In the Senate debate on the bill last week, Republican senator Garlan Gudger of Cullman said it was “unfair for biological males to compete and beat females in high school sports”.

He said the bill is needed to protect the integrity of athletic programmes.

However, Republican legislators across the country have struggled to come up with actual instances in which a transgender girl’s participation has caused a problem on a girls’ sports team.

Other states with similar policies include Mississippi and Idaho – although one was vetoed by Kansas governor Laura Kelly, who said the Republican-backed measure was a jobs killer that harmed children.

Senate Minority Leader Bobby Singleton said the bill will give Alabama a “black eye” as the state tries to recruit industries and sporting events to the state.

“We are spending too much time on craziness like this,” he said.

Ruling party will be watching as unprecedented protests break out in China, but so too will the world
Trump urged to apologise for dining with Kanye West – and Holocaust-denying white nationalist
Gunman pleads guilty to murder and hate-motivated terror charges after supermarket shooting
The US just made a big decision about Chinese solar – here’s what it means
Kyiv mayor’s blunt message to residents after heat and water supplies knocked out for days