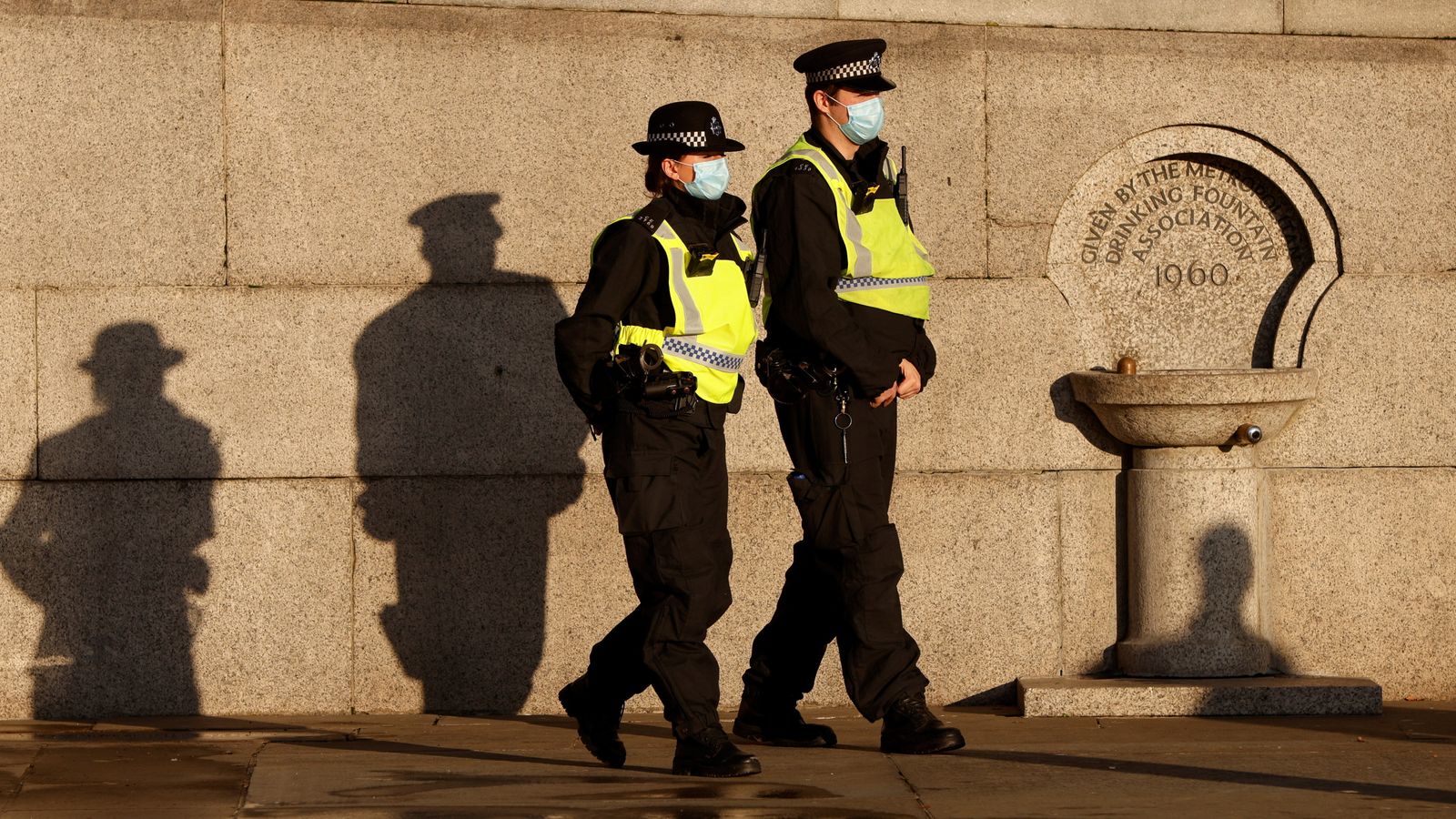 Every single fine issued by the police to people deemed to be breaking COVID-19 restrictions must be reviewed amid concerns they are “discriminatory and unfair”, a committee of MPs and peers has said.

Since March 2020, when the coronavirus pandemic initially took hold, more than 85,000 fixed penalty notices (FPNs) have been handed to people said to have been breaking COVID rules.

The penalties, which allows people to avoid facing prosecution, have ranged from £200 for failing to wear a face mask to as high as £10,000 for offences connected with organised gatherings.

But the Joint Committee on Human Rights has called for a comprehensive review of all FPNs – and for more to be done to ensure police better understand the rules they are being asked to enforce.

The report also calls for a clear way for people to be able to challenge new FPNs and said that no criminal record should result from receiving such a fine.

In addition, assessments of income should be carried out before large fines are issued to people, the cross-party report said.

It said the high rates of error and the disproportionate impact on different groups in society are concerning.

Committee chair Harriet Harman said the police had a “difficult job”, adding: “Swift action to make restrictions effective is essential in the face of this terrible virus.

“This means we’ve got an unfair system with clear evidence that young people, those from certain ethnic minority backgrounds, men and the most socially deprived are most at risk.

“Whether people feel the FPN is deserved or not, those who can afford it are likely to pay a penalty to avoid criminality.

“Those who can’t afford to pay face a criminal record along with all the resulting consequences for their future development.

“The whole process disproportionately hits the less well-off and criminalises the poor over the better off.

“The government needs to review the pandemic regulations and create new checks and balances to prevent errors and discrimination.”

Voters fed up of hearing how I ‘stuffed up’ PM says as he plays down by-election defeats
Tears of joy and of despair after Supreme Court overturns Roe v Wade
Elon Musk clarifies Tesla will lay off 3.5% of total workforce as ex-employees sue company
‘Mass death’ of children if no global aid as Ukraine war exacerbates worst drought in 40 years
Armed officers waited in Texas school corridor for an hour as gunman rampaged