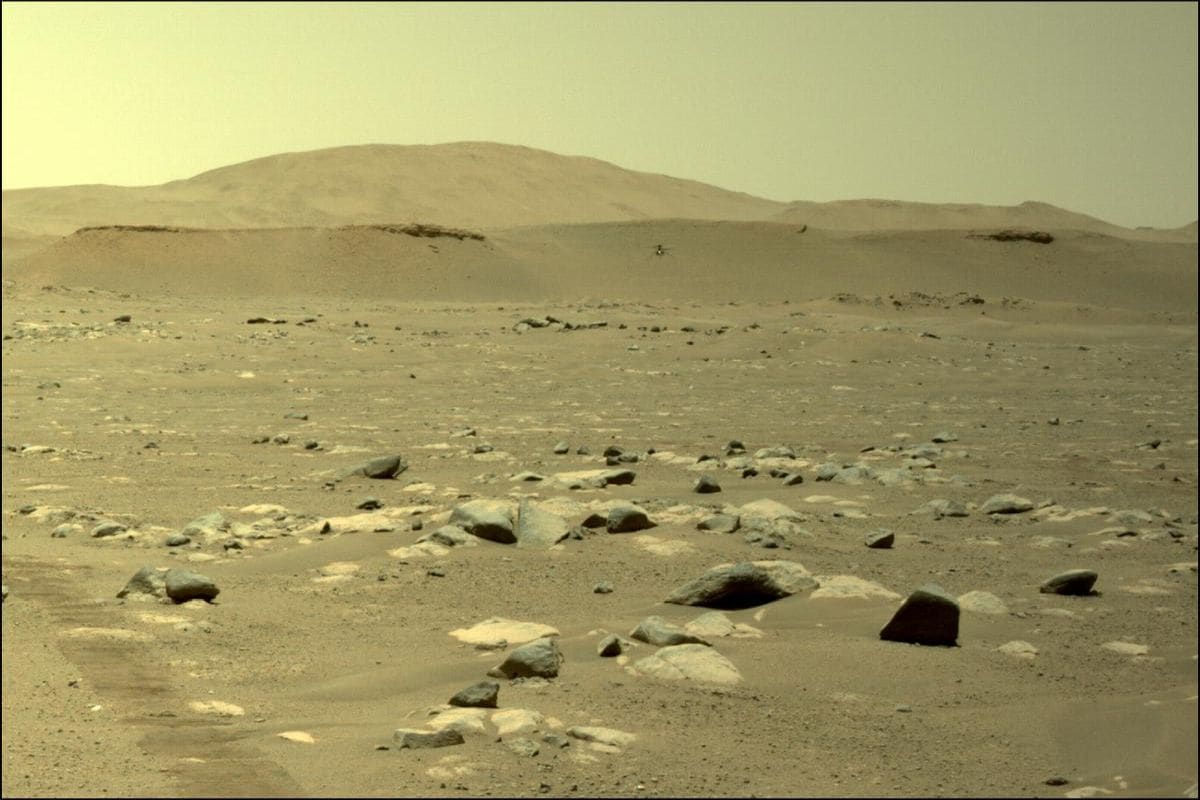 NASA’s mini helicopter Ingenuity on Sunday successfully completed its third flight on Mars, moving farther and faster than ever before, with a peak speed of 6.6 feet per second.

After two initial flights during which the craft hovered above the Red Planet’s surface, the helicopter on this third flight covered 64 feet (50 metres) of distance, reaching the speed of 6.6 feet per second (two metres per second), or four miles per hour in this latest flight.

“Today’s flight was what we planned for, and yet it was nothing short of amazing,” said Dave Lavery, the Ingenuity project’s programme executive.

The Perseverance rover, which carried the four-pound (1.8 kilograms) rotorcraft to Mars, filmed the 80-second third flight. NASA said Sunday that video clips would be sent to Earth in the coming days.

The lateral flight was a test for the helicopter’s autonomous navigation system, which completes the route according to information received beforehand.

“If Ingenuity flies too fast, the flight algorithm can’t track surface features,” NASA explained in a statement about the flight.

Ingenuity’s flights are challenging because of conditions vastly different from Earth’s – foremost among them a rarefied atmosphere that has less than one percent the density of our own.

This means that Ingenuity’s rotors, which span four feet, have to spin at 2,400 revolutions per minute to achieve lift – about five times more than a helicopter on Earth.

NASA announced it is now preparing for a fourth flight. Each flight is planned to be of increasing difficulty in order to push Ingenuity to its limits.

The Ingenuity experiment will end in one month in order to let Perseverance return to its main task: searching for signs of past microbial life on Mars.

We dive into all things Apple — iPad Pro, iMac, Apple TV 4K, and AirTag — this week on Orbital, the Gadgets 360 podcast. Orbital is available on Apple Podcasts, Google Podcasts, Spotify, and wherever you get your podcasts.
This article was originally published by Ndtv.com. Read the original article here.
Share on Facebook
Share on Twitter
Share on Pinterest
Share on LinkedIn

Best bets and expert picks for UFC Fight Night and Bellator 286
‘Only travel if absolutely necessary’: Train services crippled by fresh strike, as Royal Mail staff walk out for second day
As long as the world needs oil and gas, we’ll give it, says UAE climate change minister
Damage to Russia-Germany gas pipelines was ‘sabotage’, as EU warns of retaliation
Adani Group to Invest $100 Billion in Renewable Energy, Data Centres Over Next Decade: All Details