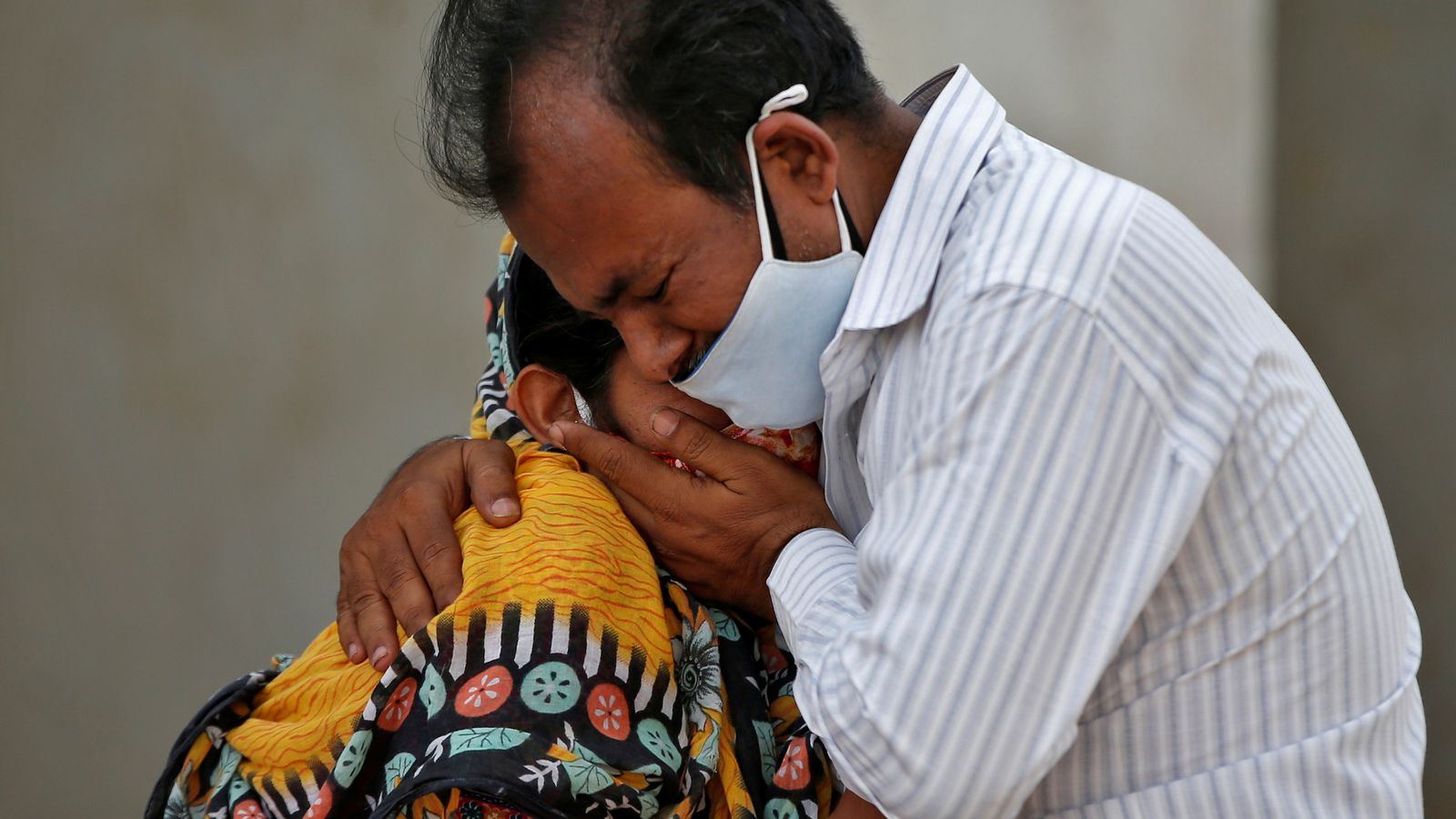 The number of people who have died with coronavirus in India has passed 200,000.

The Ministry of Health and Family Welfare gave an updated official figure of 201,187, although many believe the real figure is much higher.

This means there were 3,293 deaths reported in the most recent 24-hour period, as the world’s second-largest country endures its darkest chapter of the pandemic yet.

India is the fourth country to pass 200,000 deaths – behind the US, Brazil, and Mexico.

After the very first death was reported in India on 12 March last year, it took five months to reach 50,000 deaths, another two months to reach 100,000, and three months after that to get to 150,000 in January this year.

Deaths had slowed until the middle of last month, when they began to rise sharply.

Also on Wednesday, the country reported 362,757 new infections – another global record, taking its total over 17.9 million.

The strain has broken the country’s health system, overwhelming health workers and leaving patients suffocating because oxygen supplies have run out.

Relatives of the ill are left to beg for oxygen cylinders, empty hospital beds, and medicine and crematoriums have taken over car parks, some operating 24 hours a day.

India has called in its armed forces to support the health system, with chief of defence staff General Bipin Rawat saying oxygen supplies would be released from military reserves and retired medical workers will help civilian doctors.

The UK is among the countries to have offered help and the US has promised raw materials for vaccine production, boosting India’s ability to manufacture more doses of the AstraZeneca vaccine.

India’s capital Delhi is in lockdown, as are southern states Maharashtra and Karnataka.

But the country’s vaccination programme is struggling, with nearly 10% of the population having received one jab but only 1.5% having had both.

Indians over the age of 18 will be eligible to get the vaccine from this weekend.

Human Echolocators Can Identify Targets Better From Off-Axis Than From Straight Ahead
PM to condemn unions and call for ‘sensible compromise’ as rail strike chaos looms
Texas school where 19 pupils and two teachers were shot dead is to be demolished
NATO set to agree biggest defences overhaul since the Cold War – including expansion of 40,000-strong response force
Indigenous Metal 3D Printer for Defence, Aerospace Applications Developed by IIT Jodhpur