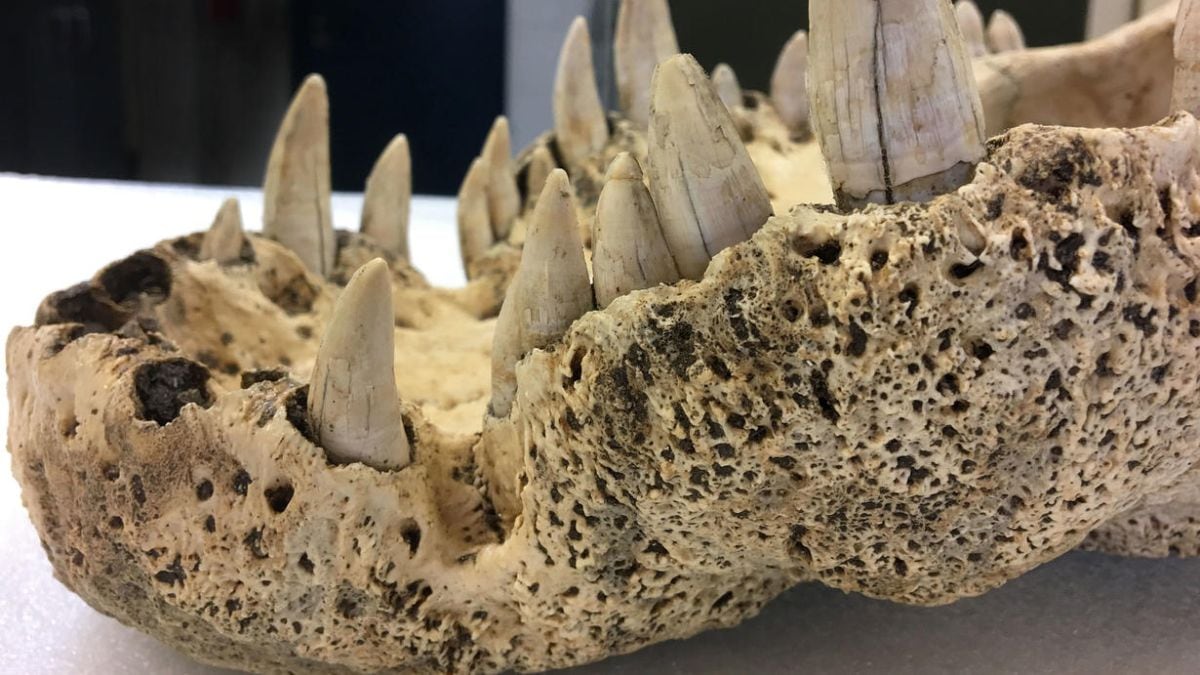 Scientists say they have been able to resolve a long-standing controversy about an extinct horned crocodile that lived among humans in Madagascar, an island country in the Indian Ocean, saying this particular crocodile, Voay Robustus, was closely related to the modern-day “true” crocodiles but on a separate branch of the crocodile family tree. Based on DNA research, scientists at the American Museum of Natural History said they have tried to address the doubts that persisted despite 150 years of investigation.

The study, published in the journal, Communications Biology, also suggested that the modern crocodiles likely originated from Africa. Madagascar, near the south-eastern coast of Africa, is among the world’s largest islands.

The horned crocodile had two bony knobs at the top of its head. The research was based on two skulls that the museum had with in its possession since the early 1930s. These skulls were as old as 1,300 to 1,400 years and were found during an expedition to southwest Madagascar, the museum said.

In early 20th century, the specimens were thought to represent very old Nile crocodiles. In 2007, a study concluded that the horned crocodile was not a true crocodile. In the 1870s, it was first described as a new species within the “true crocodile” group, which includes the Nile, Asian, and American crocodiles.

Evon Hekkala, the lead author of the study, said in a report published on the museum’s website that the heavy-built horned crocodile was on the island when people were building the pyramids and also possibly when pirates were getting stranded there as early as 9,000 years ago. The horned crocodiles were “key to understanding” the story of all the crocodiles alive today, including the Nile crocodile, added Hekkala, also a research associate at the museum.

The report said that early explorers noted that Malagasy peoples, the natives of Madagascar, regularly talked about two types of crocodiles on the island: a large crocodile and a slender one. But now only the slender form is found on the island and in the Nile delta.

We dive into all things Apple — iPad Pro, iMac, Apple TV 4K, and AirTag — this week on Orbital, the Gadgets 360 podcast. Orbital is available on Apple Podcasts, Google Podcasts, Spotify, and wherever you get your podcasts.

Right to abortion overturned by US Supreme Court after nearly 50 years
Polio virus found in sewage as health officials declare national incident
Five Planets Align in Rare Occurrence, Earth’s Moon to Join the Formation This Week
Google memo on end of Roe v. Wade says employees may apply to relocate ‘without justification’
Voters fed up of hearing how I ‘stuffed up’ PM says as he plays down by-election defeats