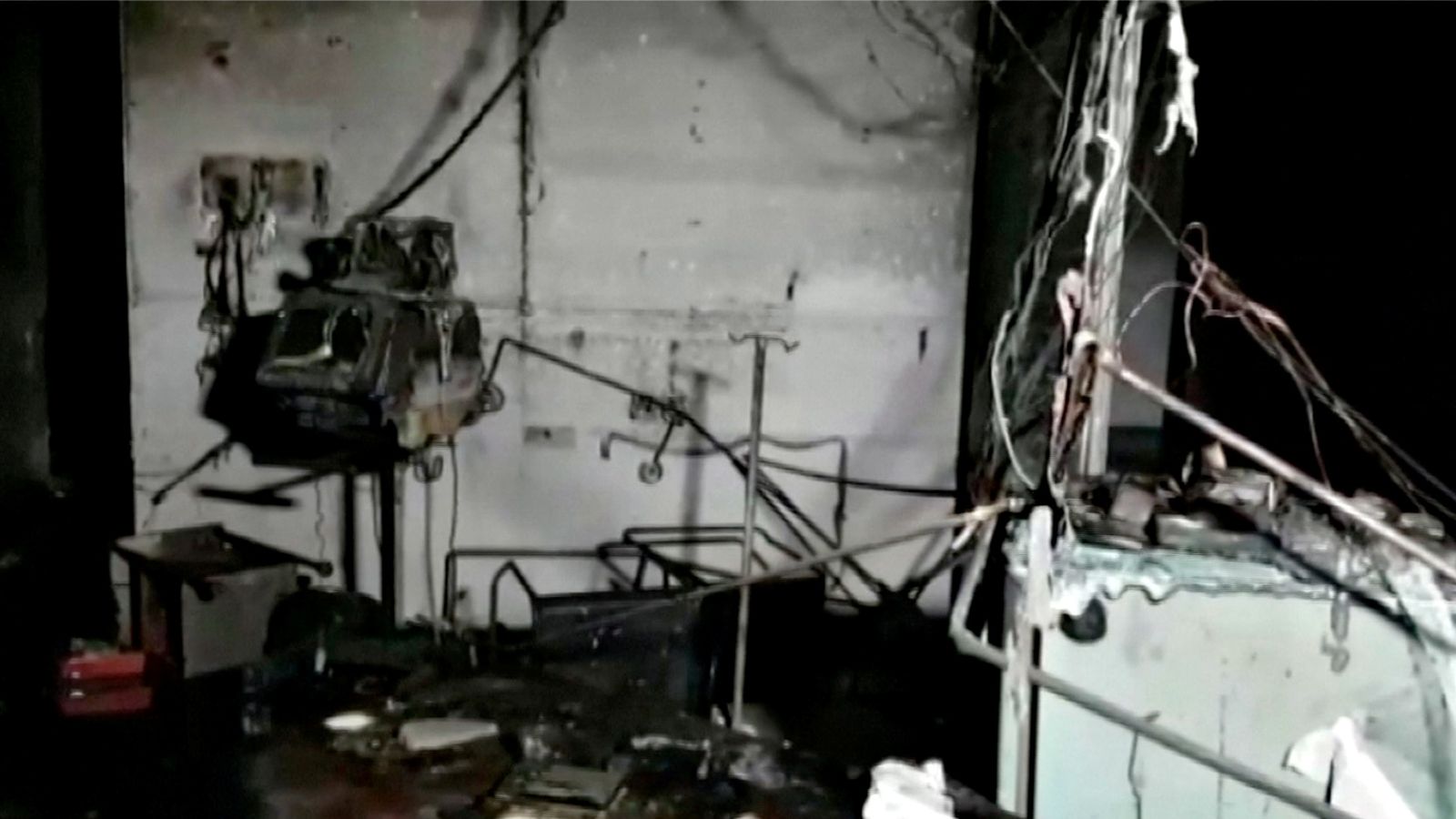 India has seen another record daily rise in coronavirus infections, as 18 people died in a fire on a COVID-19 hospital ward.

A further 401,993 cases of coronavirus were reported in the country on Saturday, the first time the 400,000 mark has been surpassed.

And 3,523 deaths were recorded in the past 24 hours, taking the total death toll to 211,853, according to health ministry data.

It comes as the country prepares to start a new COVID vaccination drive, despite some states warning they do not have enough doses to launch such an endeavour.

Sixteen patients and two healthcare workers died in the fire at the medical facility in Bharuch, Gujarat state, in the west of India, with reports stating at least another 30 patients were rescued.

A police spokesman said the fire was put out within an hour and the cause was being investigated.

The blaze follows another fire in a Mumbai hospital just over a week ago which killed 13 patients.

India is the world’s largest producer of vaccines, but is still struggling to get supplies to its 1.4 billion population.

About 10% of the population has had a first vaccine dose, and roughly 1.5% has had a second.

Prime Minister Narendra Modi hosted an emergency cabinet meeting on Friday, and it was announced that from Saturday all adults over 18 were to be vaccinated.

But some states, like Maharashtra, said they will not be able to manage this due to a lack of supplies.

New Delhi’s health minister, Satyender Jain, said earlier in the week that the capital does not have the doses to vaccinate those aged 18 to 44 in the city.

The city’s chief minister, Arvind Kejriwal, said: “We hope that we will get vaccines tomorrow or the day after … I ask you to please not queue up at vaccination centres on Saturday.”

India has the second highest total number of coronavirus infections in the world after the United States.

The US has now restricted travel to the country, alongside a host of other nations including the UK.

Aid, including oxygen concentrators and ventilators, has been sent to India from the UK.

The US has lifted its ban on sending raw materials to make vaccines abroad, allowing India to ramp up production.

While India has the second highest reported number of cases, it has the fourth highest death toll, behind the US, Brazil and Mexico.

However, experts believe that both of these figures are likely to be an undercount.