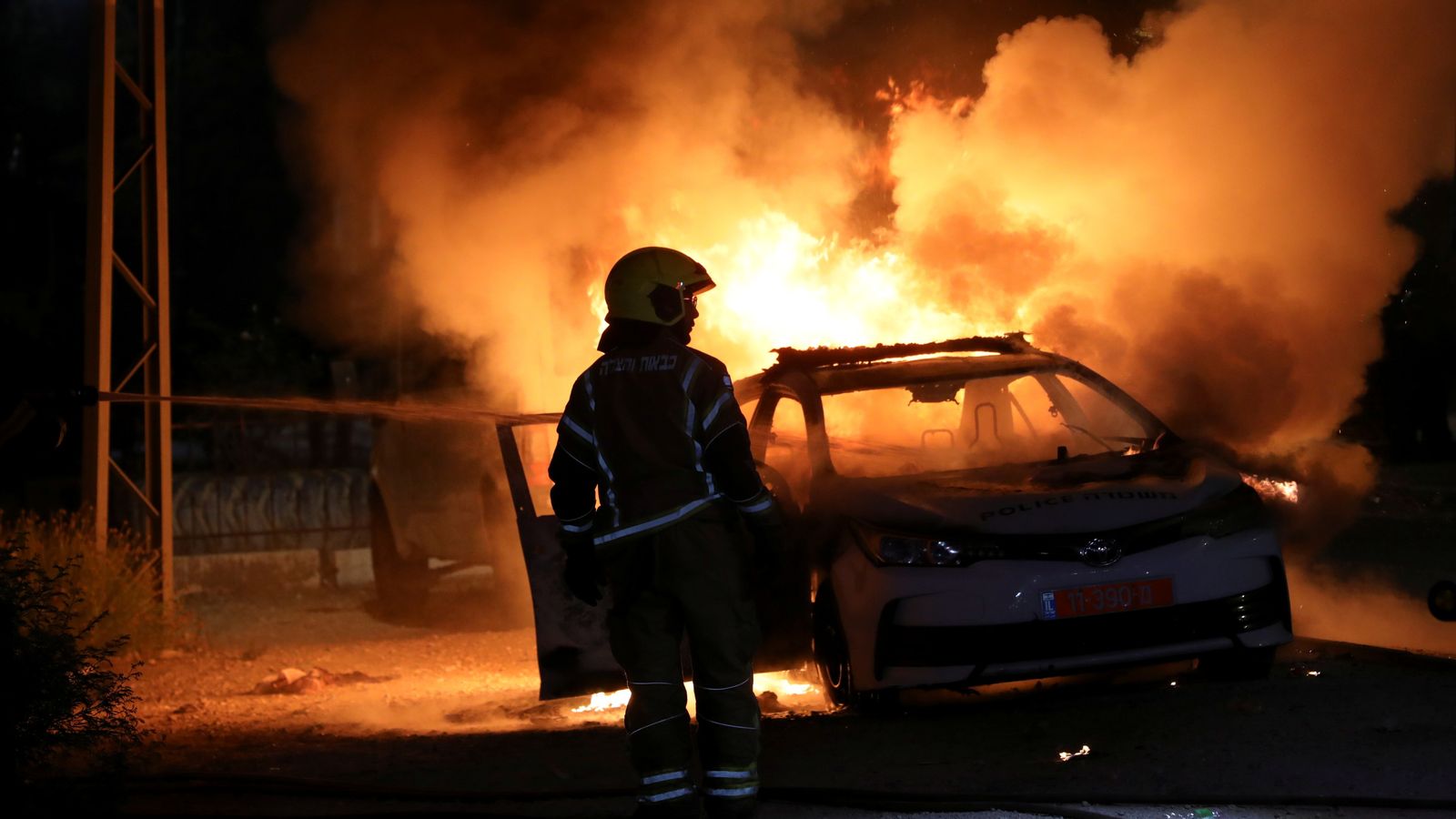 The horror for the communities of Gaza and the terror for communities in southern Israel is rightly the focus in this latest clash in the long struggle between the Israelis and the Palestinians.

But amidst this renewed conflict, the bitter history behind it and a toxic politics has spawned something else.

In Israeli cities for the past two nights, lynch mobs have run riot.

They show Israeli Arabs and Israeli Jews in street battles.

In Bat Yam near Tel Aviv a video shows an Israeli Arab being attacked in his car by mobs of Israeli Jews.

Another video shows a blooded man lying on the ground and being repeatedly kicked in the face.

Another shows rocks being hurled at a shop owned by an Arab.

In the northern town of Akko rioters set fire to one of the country’s most famous restaurants, Uri Buri (which was ironically a local symbol of coexistence).

In the central city of Lod, Jewish Israelis told me that Arab gangs had run amok in the town smashing cars owned by Jews and throwing rocks at police.

But around the corner next to charred cars owned by Arabs, young men told me it was the Jews who started it.

Whoever it began with, the point is that there is significant civil unrest in cities across the country.

Prime minister Benjamin Netanyahu is spooked by it all and he is right to be.

He can end the conflict in Gaza with a single order. It may take days or weeks but it’s in his gift.

But such open hatred on Israeli streets – that’s feels rather more existential. This country’s deep schisms are well known and these past few days they have been dangerously exposed.

Remember – what’s happening here isn’t clashes between Jews in Israel and Palestinians in the West Bank.

This is unrest in cities within Israel, where people of these different cultures and different religions had managed to live alongside each other.

Arabs with Israeli citizenship (Palestinian Citizens of Israel) are those Palestinians who were not forcibly moved from their homes during the Nakba in 1948.

Around 700,000 Palestinians were forced out of their land during Israel’s “War of Independence” but some managed to stay.

A coexistence in these towns has been blown apart in the space of just a few days.

Mr Netanyahu visited some of the towns in the safety of daylight and called the clashes “unbearable”.

“It is something we cannot accept, it is anarchy. Nothing justifies it…”

But is he just reaping what he sowed? Far right Israeli nationalism had been emboldened as he tried to build a coalition. And harder line Palestinian / Arab nationalism grows every time perceived injustices are committed against the Palestinians.

Rockets from Gaza again fell on Israeli cities overnight. And the Israelis retaliated once more.

Behind all this, a land so divided for so long feels, right now, extremely tense.

Where do G7 countries like the US, Japan, and Germany stand in their shift to clean energy?
Tech leaders react to Roe v. Wade reversal
Diana Ross lives up to legend status on last day of Glastonbury Festival
Every new passenger car sold in the world will be electric by 2040, says Exxon Mobil CEO Darren Woods
‘He’s told me about it – it’s happening’: Emilia Clarke confirms Kit Harington will reprise Jon Snow role in GoT spin-off