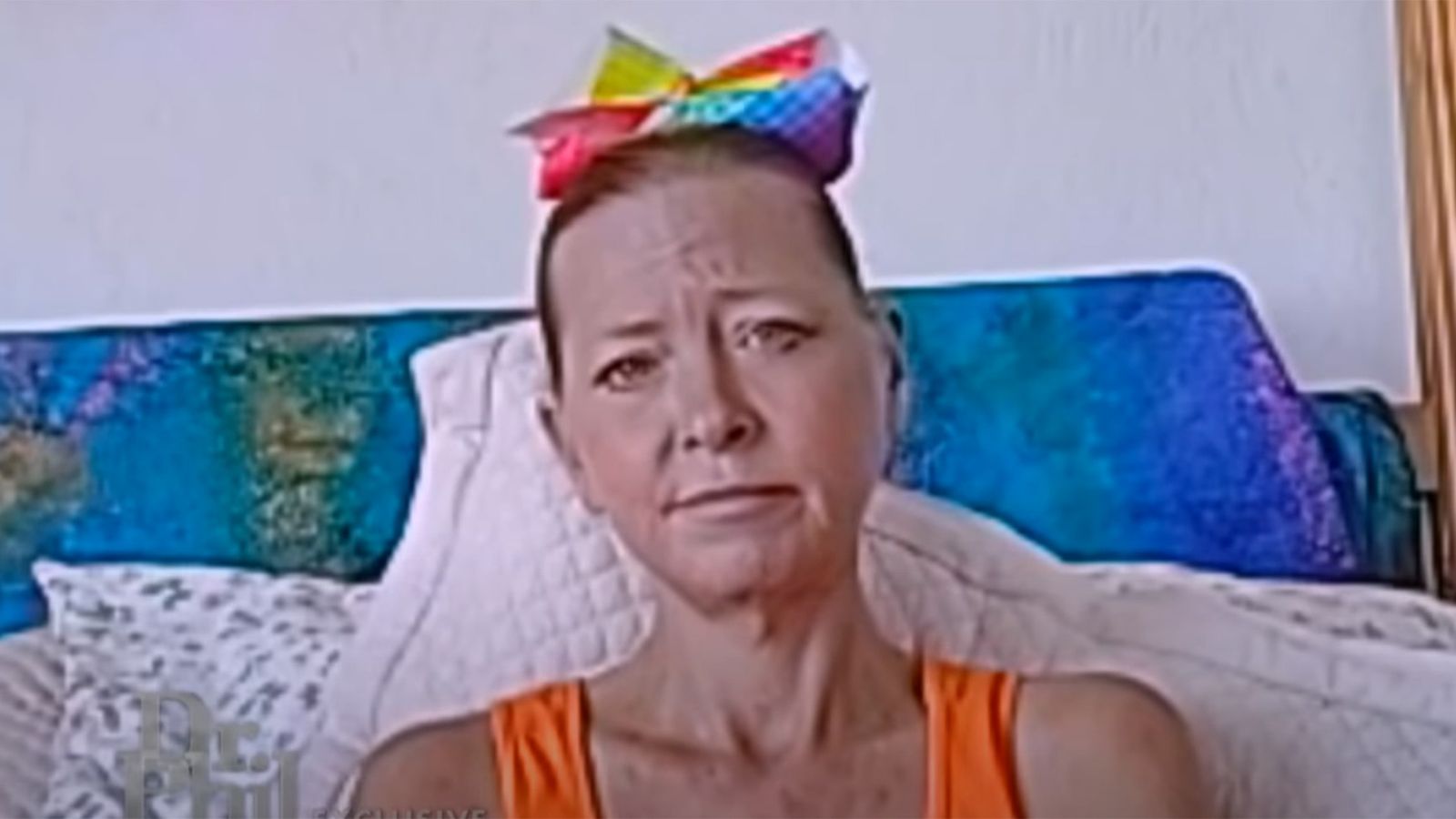 The mummified body of a cult leader has been found festooned with Christmas lights and glitter in a Colorado home.

Amy Carlson was the head of a spiritual group called Love Has Won and was known as “Mother of God” by her followers.

According to legal documents, her mummified body which was discovered at a property inside the small rural town of Moffat, was set up “in some type of shrine” with “what appears to be glitter type make-up on around the eyes”.

Prosecutors have charged seven people with tampering with or abusing a corpse. They also face child abuse charges.

They appeared in court virtually on Wednesday to be advised of the charges.

The coroner has not yet said how or when Ms Carlson, 45, died.

One of Carlson’s followers, who has not been charged, told investigators that he took in the group because they needed a place to stay, and he found the body in a back bedroom when he returned home from a trip to Denver.

He called police and said he believed the group had brought Carlson’s body to his home from California.

Investigators searched an SUV at the property and said the backseat was laid down in a position “consistent with someone transporting the mummified remains”.

The follower who reported the body also told investigators that he was prevented from leaving the home with his son, prompting a false imprisonment charge against one of the defendants.

According to the court papers, the sheriff’s office has received “many complaints” from families across the country saying Love Has Won is allegedly brainwashing people and stealing their money.

Carlson’s followers believe she communicated with angels and that she was leading them to a great awakening, The Denver Post reported.

The group, which established itself in southern Colorado in 2018, offers “spiritual intuitive ascension sessions” and sells spiritual healing products online.

El Salvador’s $425 million bitcoin experiment isn’t saving the country’s finances
‘He’s told me about it – it’s happening’: Emilia Clarke confirms Kit Harington will reprise Jon Snow role in GoT spin-off
As Biden weighs a federal gas tax holiday, here’s what that could mean for prices at the pump
ESA’s MARSIS Gets Software Upgrade 19 Years After Its Launch, Mars Exploration Said to Get More Efficient
Mississippi’s last abortion clinic faces rush of women trying to beat deadlines of biology and of law