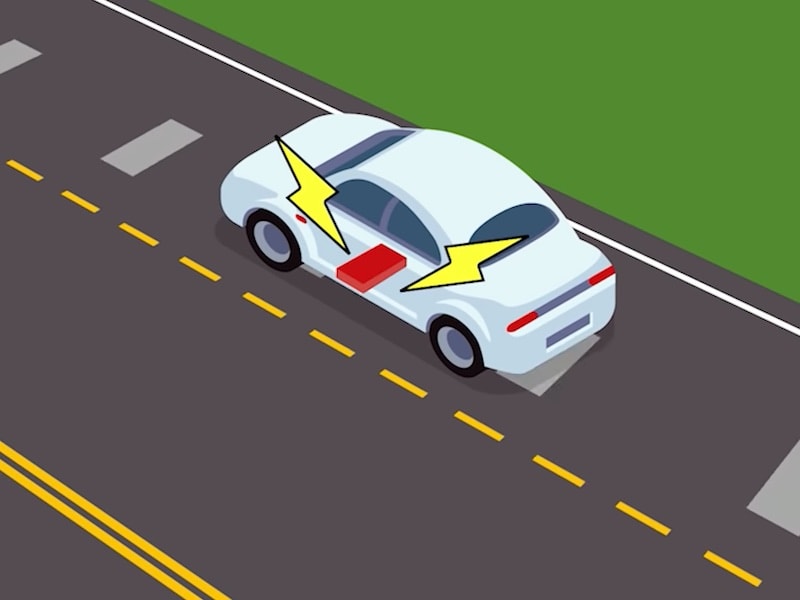 Researchers at the Cornell University are pioneering a project that could recharge electric vehicle batteries by driving over special charging strips embedded in the road. The biggest grouse with owning electric vehicles (EVs) is the cumbersome process of locating a recharging station when the battery runs low, and then spending a lot of time recharging it for a long journey ahead. This problem often crosses the mind of those wanting to make a switch to the non-polluting vehicles. This new research could pave the way to changing minds and increasing the adoption of electric vehicles.

Khurram Afridi, associate professor of electrical and computer engineering in the College of Engineering, and his team members are investigating a technology for charging EVs wirelessly while the vehicles are in motion. This could help save time and improve productivity.

Afridi says planners face a number of questions when making the entire country switch to electric vehicles. How would society react to the idea when there would be not enough roadside charging outlets to meet the demand, is a vital question. In such a situation, Afridi and his team’s approach can offer a lasting and economical solution.

What if you could charge your car while driving?????

Researchers from @CornellEng are pioneering an innovative approach for the wireless charging of electric vehicles and other machines using charging strips embedded on the road. https://t.co/UAw4bPKiQA

The origins of this idea go back more than 100 years to the Serbian-American inventor Nikola Tesla, who designed the alternating-current (AC) electric system — the predominant electrical system used across the world today. Following Tesla’s innovation, French scientists tried to transfer energy wirelessly but failed.

Over the past decades, the idea of wireless energy transfer has again gained traction with several scientists across the world – from California in the 1980s to New Zealand in the 1990s – trying to find a way to do that on a large scale. However, attempts to commercialise the technology for roadway-powered vehicles have proved difficult and costly.

Afridi discovered a unique solution to these challenges. He says wireless power transfer is “based on the same underlying physics” that is used for sending messages via radio waves to spacecraft. He started working on the project in 2014.

The Cornell University researchers have designed a system that uses two insulated metal plates on the ground, connected to a power line. The team’s ferrite-free system promises to be lighter and less expensive to embed in the roadway. Now, the next challenge before the team is to develop this system for mass implementation.