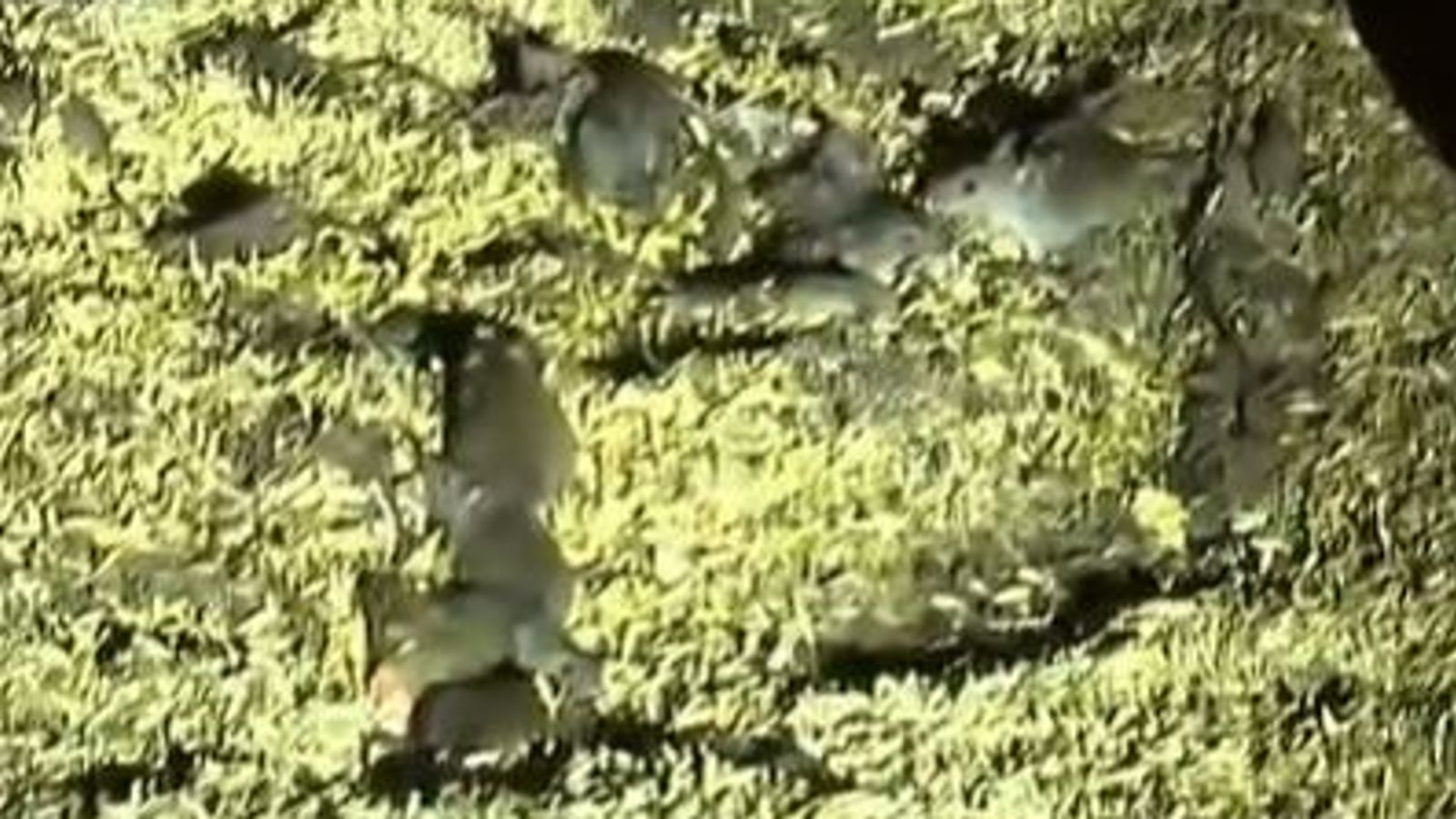 A persisting plague of mice in a part of Australia is making life a misery for many with people woken up by the rodents biting their feet – or crawling across their faces.

The infestation in a rural area of New South Wales, triggered after a bumper grain harvest led to a mass breeding season, has caused tens of thousands of dollars worth of damage and sparked warnings that hard-hit residents face “meltdown”.

The pest invasion comes on the back of one of the worst droughts on record and bushfires.

Residents in the small town of Tottenham have been left exhausted as they struggle to deal with the swarm.

They have spent every morning since February sweeping away thousands of dead mice before laying out fresh bait and traps to kill more.

The onslaught did start to improve a few weeks ago with colder and wetter conditions.

But drier weather has caused the plague to ramp back up.

Tonnes of grain cannot be sold because it’s been contaminated by mice droppings and truckloads of hay will be burnt because of the damage.

The local school has also been inundated.

He has told students to bring their lunch in sealed containers.

Mr Southon said: “They are in every aspect of our lives, our homes our cars, washing basket.

“Eventually people are going to have a meltdown because it’s constant and wears you down.”