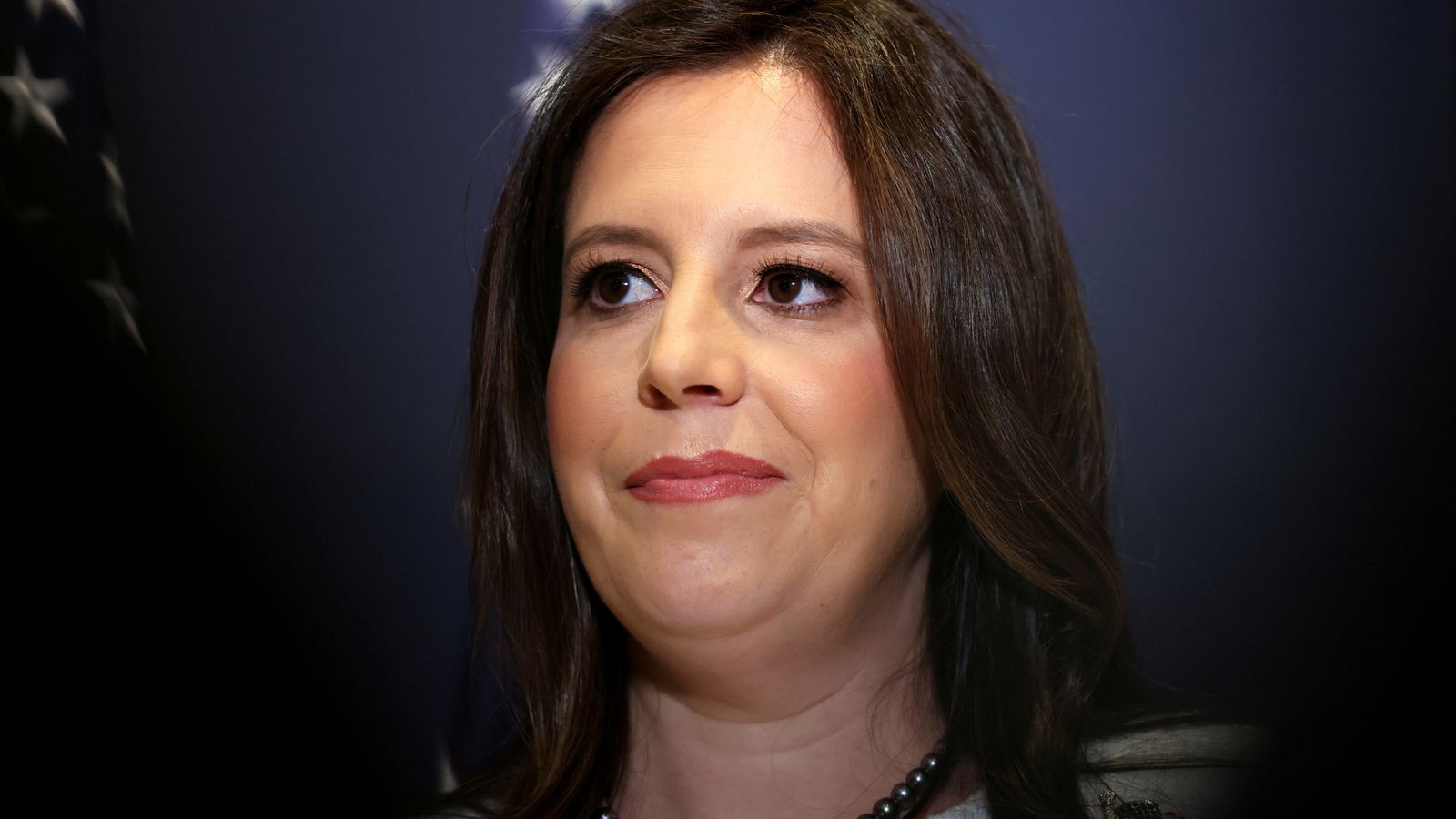 Two days after Liz Cheney was fired from one of the most senior roles in the Republican Party, she has been replaced by New York Representative Elise Stefanik, an outspoken supporter of former president Donald Trump.

At the age of just 36, Stefanik is assuming the position of Republican House Conference Chair, placing her in third place in the party’s hierarchy in the United States House of Representatives. She also becomes the most senior woman in the party, taking over that accolade from the person she replaced, Ms Cheney.

She won a comfortable victory for the job against the only other challenger, fellow Representative Chip Roy. Ms Stefanik will now have a crucial role in running the operations of the Party in the House of Representatives.

She said she was “truly honoured and humbled” to have been selected.

“I am excited to lead our unified team… to combat Biden and Pelosi’s far-left agenda!” she added, referring to President Joe Biden and the Speaker of the House, Democrat Nancy Pelosi.

The replacement of Ms Cheney by Ms Stefanik is seen as an important indicator of the present state of the Republican Party.

The contrast between the two politicians is obvious. Ms Cheney is considered a conservative politician with a track record of voting against, for instance, gay rights and immigration. Yet she has doggedly criticised Mr Trump over recent months.

Ms Stefanik, meanwhile, was considered a moderate when she entered national politics, but has morphed into a loyal follower of the former president.

So while Ms Cheney lost her job for her refusal to support Mr Trump’s unsubstantiated claims that the presidential election was a fraud, Ms Stefanik was among those who voted against certifying the election. And that was probably the key to her success.

Despite a long-term record of opposing liberal and moderate policies, Mr Roy had voted to endorse the result of the presidential election. And that, in the view of many Republican politicians, was the fundamental difference between the two candidates.

Ms Stefanik’s promotion is the latest demonstration of Mr Trump’s enduring influence over his party. Despite his electoral defeat, he remains its most popular figure and the most likely person to earn the Republican nomination for the next presidential election.

Mr Trump, who had derided Ms Cheney as “a horrible human being”, welcomed the election of Ms Stefanik as an “overwhelming victory” and said “the Make America Great Again movement is strong”.

Elon Musk’s daughter applies to change name to cut ties with father
What the Lightning need to do to get back in the Stanley Cup Final
PFL 5: Can Bruno Cappelozza and Anthony Pettis continue their strong 2022?
No. 2 RB Owens picks L’ville, ‘road less traveled’
How much money do gas tax holidays actually save drivers? What we know, based on 3 states that put temporary suspensions in place