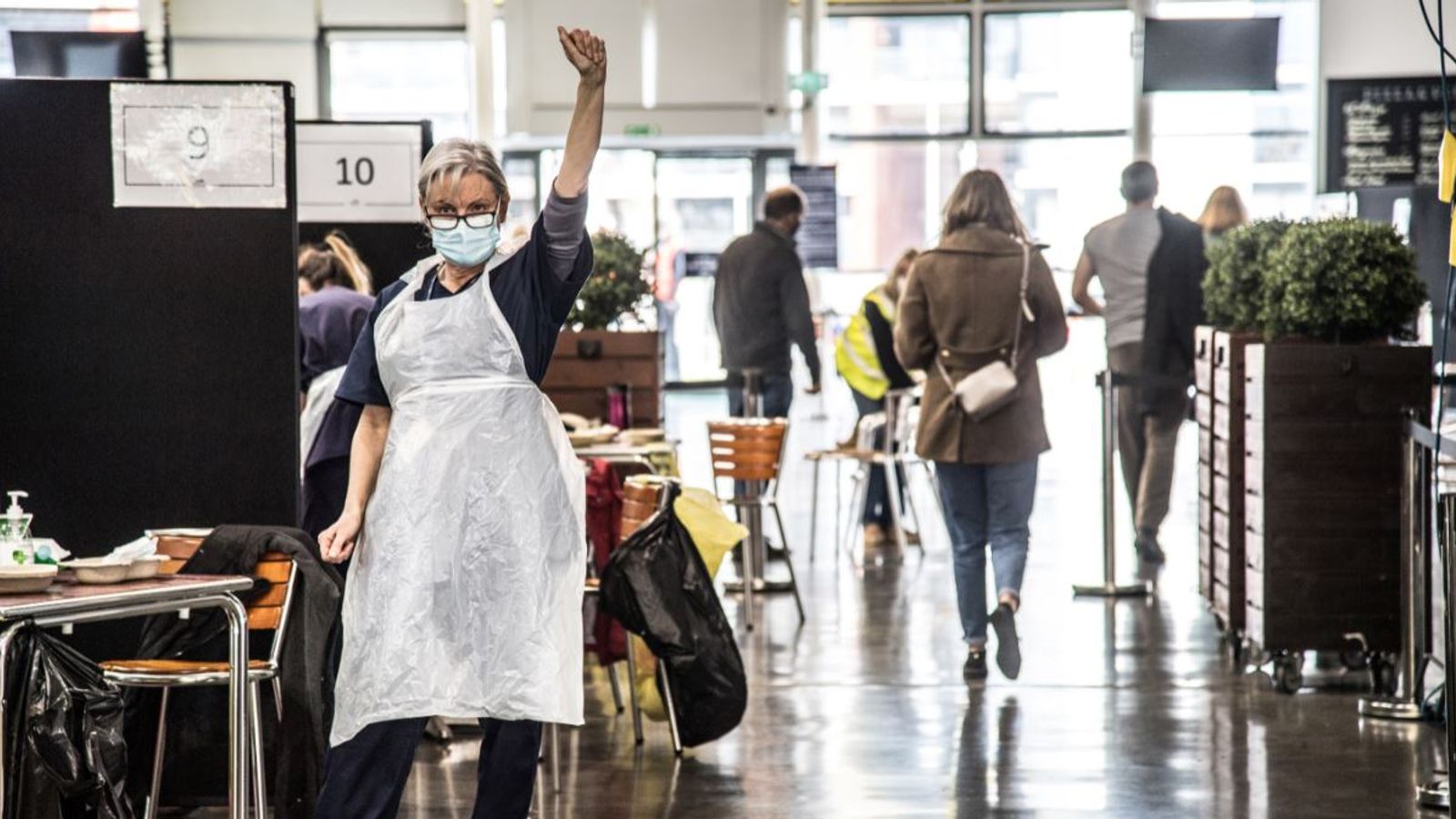 More than 20 million people in the UK are now fully vaccinated after receiving both doses of a COVID-19 vaccine, according to government figures.

In Wales, it has been announced that more than two million people have now had a vaccine.

Almost three million doses in total have been administered in the nation in six months. This means 80% of all adults in Wales have received their first jab and one in three adults have had their second dose.

Meanwhile, the UK has reported another four coronavirus-related deaths and 1,926 new cases in the latest 24-hour period.

The data was released as Health Secretary Matt Hancock said there is a “high degree of confidence” that vaccines protect against the Indian variant – but it can “spread like wildfire” among those who haven’t had a jab.

He said the Indian variant was “becoming the dominant strain in some parts of the country” such as Bolton and Blackburn.

Mr Hancock warned it can “spread even faster” than the Kent variant, which drove the UK’s deadly second wave of infections this winter, with a total of just over 1,300 cases found in the country so far.

He also claimed it was “appropriate” to push on with the major easing of restrictions in England on Monday despite concerns from scientists that it could be 50% more transmissible than the Kent strain.

And he urged those who are eligible for vaccination – but have not yet booked an appointment – to come forward to get their vaccine, adding he has not ruled out imposing local lockdown restrictions in places worst affected by the Indian variant.

Meanwhile, the director of public health at Blackburn with Darwen Council, Dominic Harrison, has tweeted he was “delighted” that “we now have a ‘green light’ to rapidly increase vaccinations”.

He wrote: “An additional supply of over 1,000 per day (Pfizer) for next 2 weeks for both high variant spread areas and all residents over 18 (subject to eligibility).”