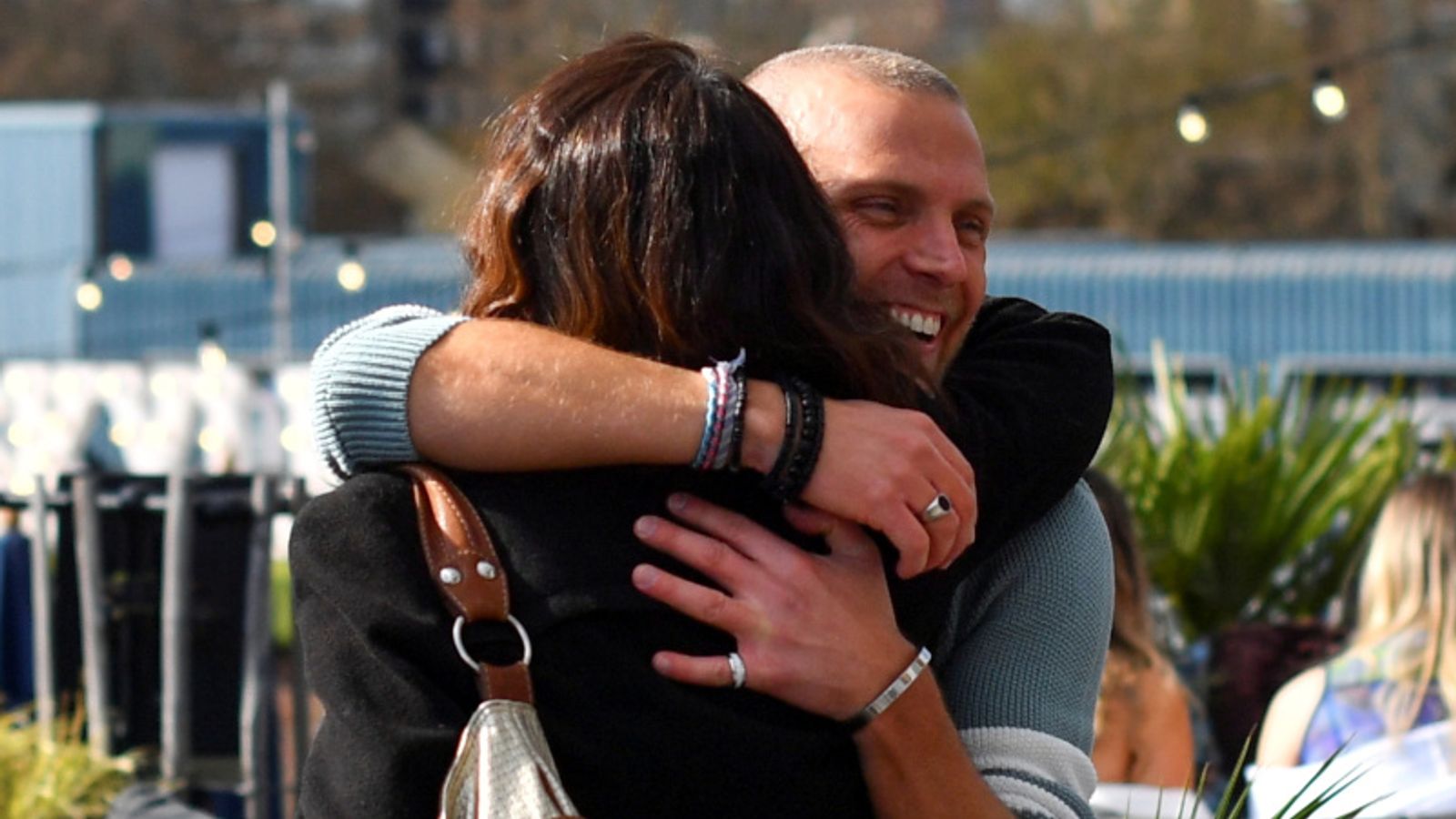 People across England are again able to enjoy hugs with loved ones, indoor pints and foreign holidays – but Boris Johnson has urged a “heavy dose of caution” due to the threat of the Indian variant of COVID-19.

As the country moves to stage three of the prime minister‘s roadmap for lifting lockdown restrictions on Monday, friends and family will enjoy greater freedom to gather together.

Pubs and restaurants are also once again able to serve customers indoors, while cinemas can reopen, fans can return to sports stadiums, and the ban on foreign holidays is lifted with people allowed to travel to a limited number of countries on the “green” list.

In addition, the government is now allowing people to choose whether to socially distance with family and friends when they meet up – although ministers have urged people to think carefully about the risks of hugging.

The prime minister has pushed ahead with the latest lifting of lockdown restrictions despite growing concerns over the possible impact of the so-called Indian variant.

Earlier, Health Secretary Matt Hancock warned that it could “spread like wildfire” among those who have not had COVID jabs.

And Mr Johnson has admitted the variant’s presence in parts of the country could yet delay England’s move to the fourth and final stage of his roadmap – scheduled for 21 June.

That would see all legal limits on social contact removed, so long as tests on vaccines, infection rates and new coronavirus variants continue to be met. 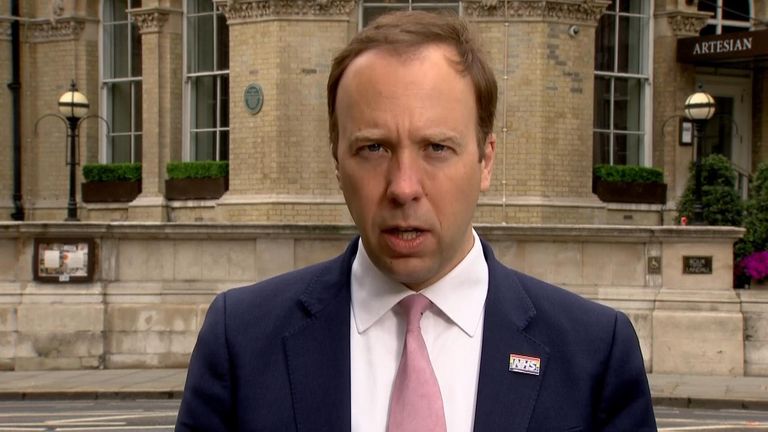 As England moves to stage three of his roadmap, the prime minister said: “Together we have reached another milestone in our roadmap out of lockdown, but we must take this next step with a heavy dose of caution.

“We are keeping the spread of the variant first identified in India under close observation and taking swift action where infection rates are rising.

“The current data does not indicate unsustainable pressure on the NHS and our extraordinary vaccination programme will accelerate – with second doses being bought forward to give the most vulnerable maximum protection.

“But now everyone must play their part – by getting tested twice a week, coming forward for your vaccine when called and remembering hands, face, space and fresh air.

“I urge everyone to be cautious and take responsibility when enjoying new freedoms today in order to keep the virus at bay.” 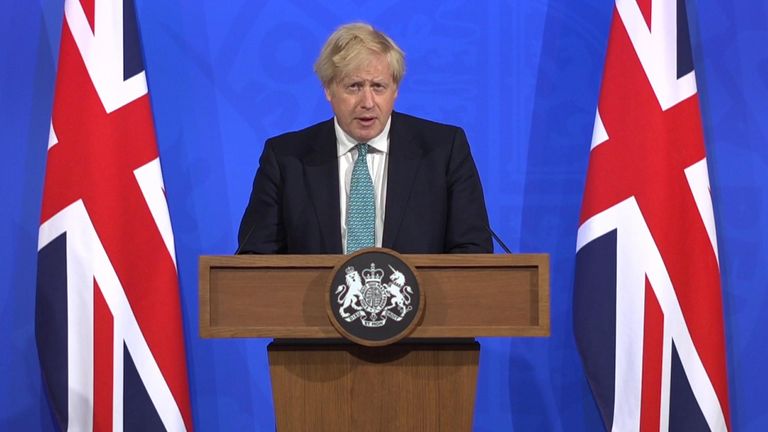 It comes as government figures show more than 20 million adults in the UK are now fully vaccinated against COVID-19 after receiving both jabs.

Meanwhile, the UK has reported another four coronavirus-related deaths and 1,926 new cases in the latest 24-hour period.

This compares with seven deaths and 2,027 cases announced on Saturday, while last Sunday two deaths and 1,770 cases were reported.

More than 1,300 cases of the Indian variant – which is judged to be more transmissible than the Kent variant that drove the UK’s deadly second wave of infections during the winter – have so far been found in the UK.

Health Secretary Matt Hancock on Sunday told Sky News that the Indian variant was “becoming the dominant strain in some parts of the country” such as Bolton and Blackburn, while he predicted it could eventually become the dominant variant across the entire UK.

But, although he warned the variant can “spread like wildfire” among those who have not had COVID jabs, Mr Hancock added there was a “high degree of confidence” that existing vaccines protect against the Indian variant.

Ministers are hoping surge testing and the acceleration of second vaccine doses can combat against the growth in Indian variant cases.