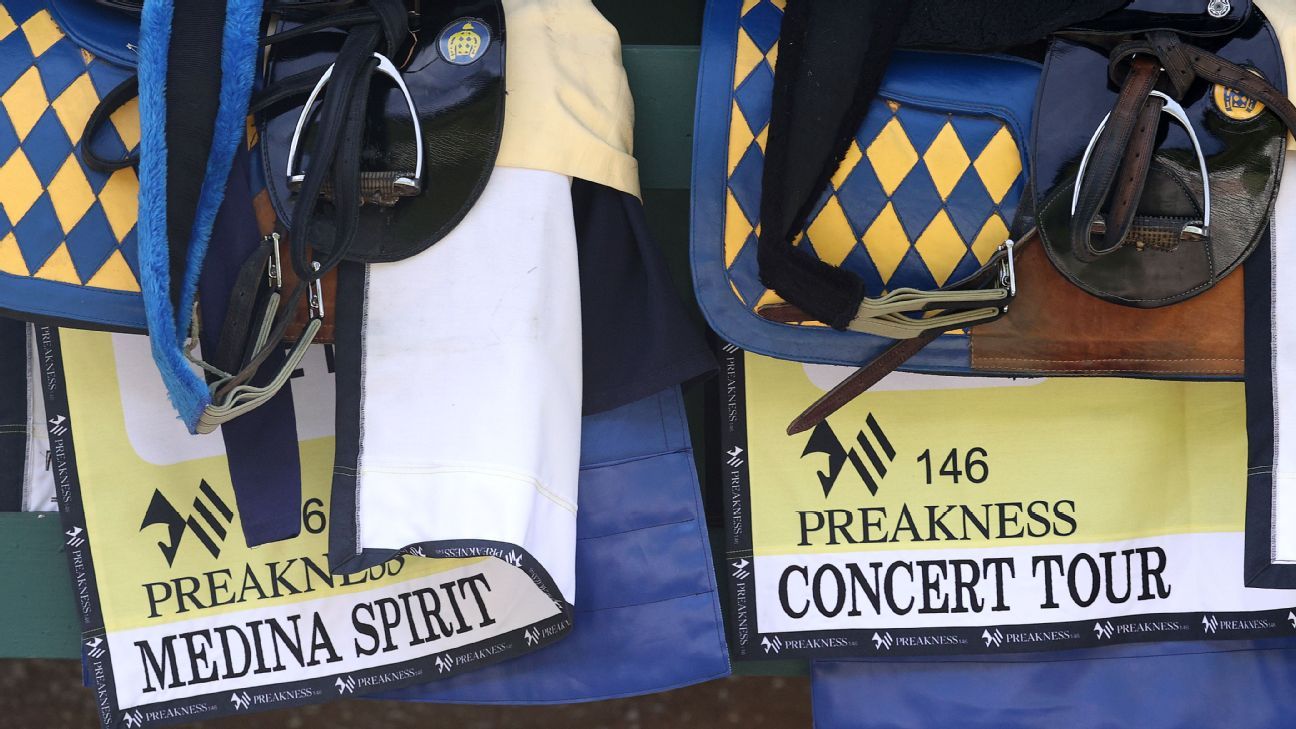 Baffert will temporarily not be allowed to stable any horses at Belmont Park, Aqueduct Racetrack and Saratoga Race Course or run any of his horses at the New York Racing Association’s tracks. That ban includes races at Belmont Park, with the Belmont Stakes coming up June 5.

“In order to maintain a successful thoroughbred racing industry in New York, NYRA must protect the integrity of the sport for our fans, the betting public and racing participants,” NYRA President and CEO Dave O’Rourke said. “That responsibility demands the action taken today in the best interests of thoroughbred racing.”

Baffert had not committed to entering any horses in the third leg of the Triple Crown but had many in consideration for other races on Belmont Stakes day.

NYRA officials say they took into account Baffert’s previous penalties in Kentucky, California and Arkansas, along with the current situation with Medina Spirit, and expect to make a final determination about the length and terms of the suspension based on information revealed by Kentucky’s ongoing investigation.

Craig Robertson, an attorney who represents Baffert, did not immediately respond to a message seeking comment.

Kentucky Derby winner Medina Spirit tested positive for the steroid betamethasone in post-race testing and faces disqualification unless a second test comes back negative. Baffert on May 9 said 21 picograms of the corticosteroid, which can be used to help a horse’s joints, showed up in the blood sample.

Baffert a day later said an ointment used to treat Medina Spirit for a skin condition daily up until the Derby included the substance. Even a trace amount of betamethasone in a horse’s system is not allowed on race day in Kentucky, Maryland and New York.

Medina Spirit finished third and Concert Tour ninth in the Preakness on Saturday. Beautiful Gift was seventh in the Black-Eyed Susan on Friday.

Baffert has had five violations involving impermissible levels of medication in his horses over the past 13 months. He was fined in Kentucky and Arkansas and avoided a suspension in Arkansas following appeal.

Five Planets Align in Rare Occurrence, Earth’s Moon to Join the Formation This Week
Another ‘algorithmic’ stablecoin has fallen below its $1 peg — but experts say it’s not ‘Terra 2.0’
Will others follow Tory chairman out of the door?
Biden to propose gas tax suspension – a Band-Aid on an open wound
Biden calls on Congress to suspend the gas tax — Here’s what that means for prices at the pump