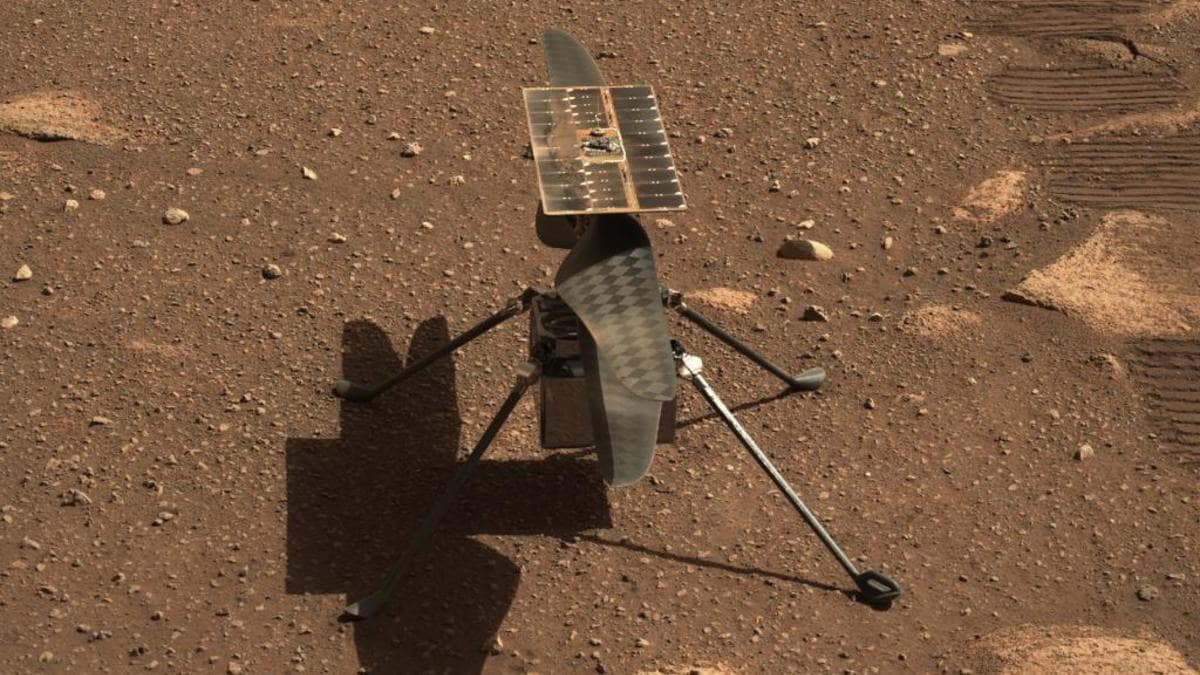 NASA has announced that plans for its Ingenuity Mars helicopter to make its sixth flight on the Red Planet next week are underway. This comes two weeks after the helicopter made its fifth flight on May 7 when it completed its first one-way trip, travelling 423 feet (129 metres), then reaching an altitude of 33 feet (10 metres) above its new landing field. The US space agency said the sixth flight is going to be the first to be executed during the helicopter’s operations demonstration phase and includes “scouting multiple surface features from the air and landing at a different airfield.”

Shedding light on the rotorcraft’s planned flight, NASA said the helicopter will ascend to 33 feet (10 metres), and then head southwest for about 492 feet (150 metres). Once it achieves that distance, Ingenuity will start acquiring colour imagery of an area of interest, as it translates to the south about 50-66 feet (15-20 metres), NASA said in a note on its Mars mission website.

It added that stereo imagery of the sand ripples and outcrops of bright rocks at the site will help demonstrate the value of an aerial perspective for future missions. Once the rotorcraft completes its image collection, it is to fly about 164 feet (50 metres) northeast where it will touch down at “Field C,” its new base of operations.

On this flight, NASA expects the Ingenuity to achieve a ground speed of 9mph (4 metres per second) and the time aloft to be around 140 seconds. The agency said it’s the first time that the rotorcraft will touch down at an airfield not surveyed before from the air. The Ingenuity team, NASA says, is relying on imagery collected by the HiRISE camera aboard NASA’s Mars Reconnaissance Orbiter. The images suggest the Field C is relatively flat and has few surface obstructions.

NASA shared its plans for the sixth flight of the Mars Ingenuity helicopter just days after it shared stunning 3D visuals of the rotorcraft’s fifth flight, which it took on May 7. The helicopter takes off vertically, hovers for a few seconds before zooming past our eyes to the right of the screen. It then returns and lands almost at the same spot. The agency says that seeing the sequence was almost like standing on the red planet, next to the Perseverance rover, that captured the historic moment and watching the helicopter take flight first hand.

The success of the Mars Ingenuity helicopter on the red planet proved that a powered and controlled flight was possible on Mars. The first-ever Ingenuity flight on the red planet was described as the “Wright brothers’ moment on Mars” by project manager MiMi Aung.