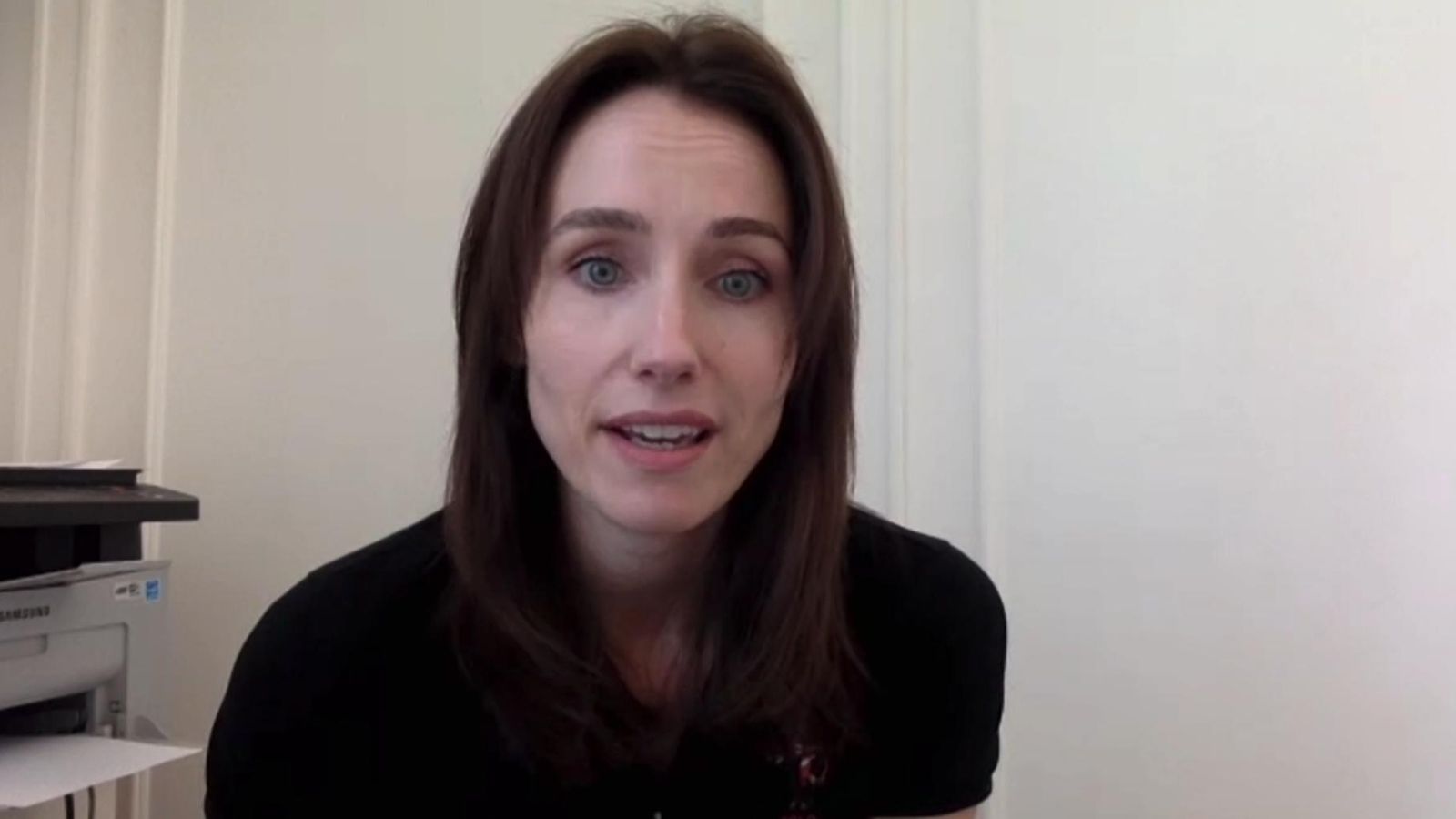 An actress who accused a high-profile Hollywood director of rape has told Sky News she believes more victims would come forward if the identity of both the accuser and accused were better protected.

Speaking exclusively to Sky News, Sand Van Roy said: “If we know everything is secret, we feel safe to come forward.”

When her identity was leaked to the press, she said “the consequences were devastating”.

“If I could go back and get my anonymity back, I would definitely… because I never asked for this to happen… I did not say it’s okay to throw my name out there. I did not come forward. It was not my choice,” she explained.

Referring to her own situation as well as several high-profile cases this year where actors, producers and directors have been accused of sexual harassment and assault, Sand Van Roy said she believes men accused of abuse also deserve the right to anonymity until the event of a conviction.

“I believe all men that are accused or women that are accused of sexual violence also have the right to stay anonymous because. Even – I’m not gonna talk about the person I’m accusing specifically – but they have families, they have children. It’s awful. Even if this person is guilty, should the children be a victim of this? I don’t think so,” said Van Roy.

“Especially the men that are innocent, that’s the worst thing ever if you’re accused of something you didn’t do and then it just sticks with you for years… I can totally relate to that,” she added.

According to the law, neither Sand Van Roy or the man she made a complaint to the police about should have been revealed in the media.

“The next day when articles came out with things that were simply not true and my name and a cropped picture of me smiling next to the person that I’m accusing… I was devastated and so was my family. And I had to explain myself over and over again.”

The actress has been awarded substantial damages and will receive an apology read out in court from Associated Newspapers who publish MailOnline later today for publishing her name in an article in 2018 after she went to the police accusing a director of rape, a claim he strongly denies.

Sand Van Roy explained there is no escaping it once your name is out there.

She added: “Whenever I meet someone, anyone can Google me. Anyone can go like, wait a second, is this true? And I will have to justify myself.”

Fewer than 16% of rape victims reported the crime to the police.

Of 1.6 million assaults against adults in England and Wales, 38% did not think the police could help and 34% thought reporting it would be humiliating, according to 2020 data from the Office for National Statistics.

When asked whether she is surprised that so few victims come forward, Van Roy said no: “It doesn’t surprise me at all. [But] I’m really happy that more women are coming forward… That’s something that has really helped me because the shame and the pain I felt in the very beginning, I still feel it now, but I do feel like there’s other women coming forward. So, I feel like it’s like I’m not alone anymore.”

It was an investigation by The New York Times in 2017 which first detailed accusations against Harvey Weinstein, and naming him prompted many more women to come forward, eventually leading to his rape conviction in 2020.

Particularly since then, an ever-growing number of women and men have spoken out about abuse in the entertainment industry.

Sand Von Roy explained that abuse appears prevalent in entertainment, in part, because the social norms and culture of the industry support it. Business procedures are less formal than in many other industries, and that can create problems when the line is crossed, she says.

“We’re extra vulnerable in this industry.” she said.

“It’s a weird industry… the way people talk to each other, it’s all very personal… I can show you 200 text messages that I have sent and received from people in the industry, and they all use little heart emojis, kisses, darling, I love you, I miss you.

“And it really makes it difficult for women to come forward because, like with Harvey Weinstein when at court, they would say, but why did you say, I miss you, Harvey? And it’s really hard for these women to explain.

“If they send a message like that, it doesn’t mean they are consensual. It means they are doing what is expected in the social circle of this industry.”

The fact that business continues to be conducted in hotels – even press junkets – is another fundamental that Van Roy says needs to change if women are to be effectively protected at work.

“Every meeting I’ve had, except for very rare occasions, was at a hotel suite and that seems inappropriate for other people, for people in another industry. And that is something that just blurs the line.

“And whenever actresses file a complaint, it’s like, where did it happen? At a hotel suite. Why did you go to his hotel room? No, no, no. I didn’t say room. I said suite. It’s where he works.

“So it all of a sudden becomes really difficult for them to understand because this industry is so weird.”

Van Roy’s lawyer, Helena Shipman at Carter-Ruck, underlined the importance of protecting the identities of all parties – saying: “Why the right to anonymity is so important? Because you need to foster an environment where people feel able to bring a complaint in the way that they choose without feeling challenged. And it’s only when that happens that meaningful progress will actually happen.”