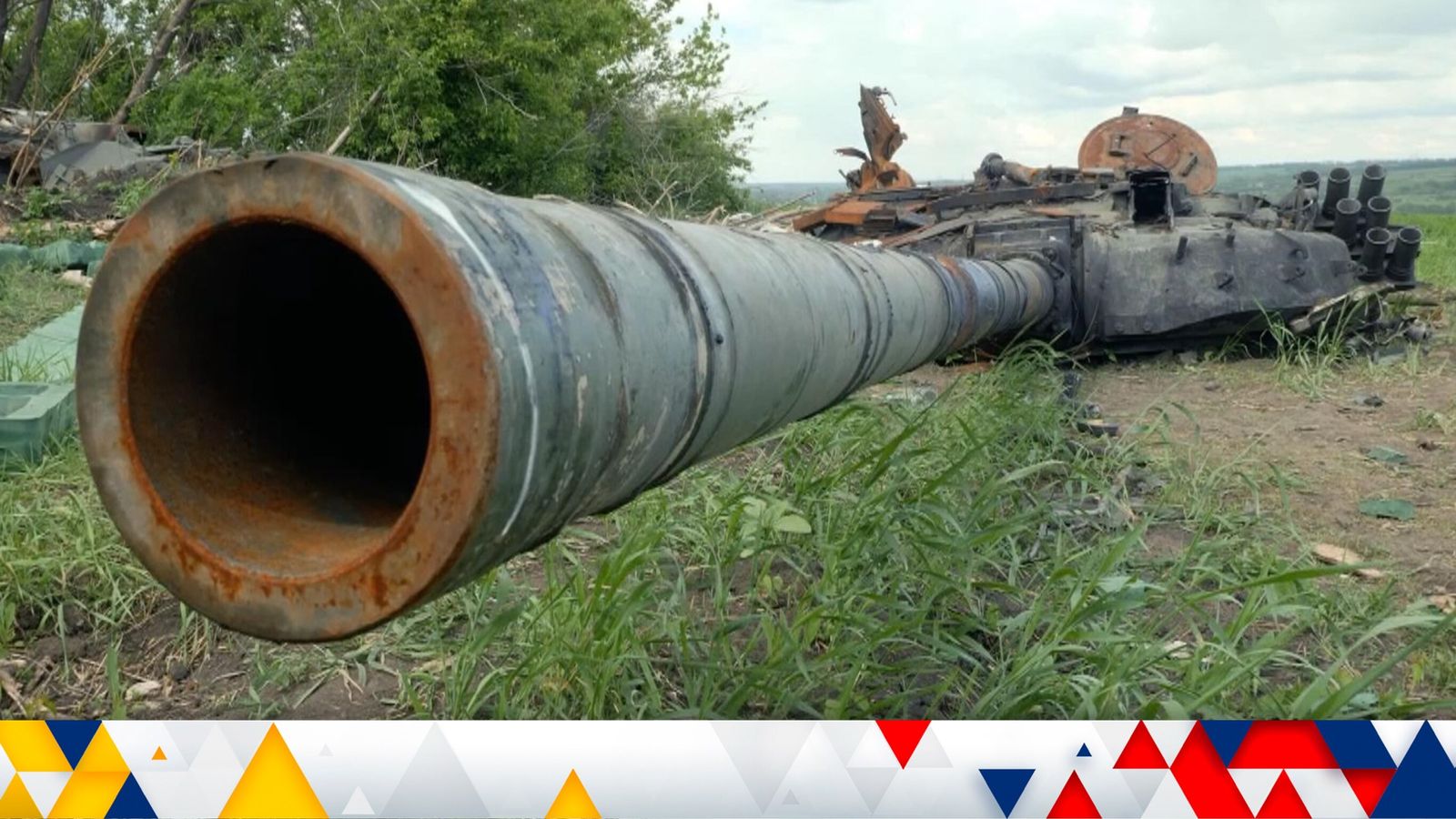 Early in the invasion, Russia’s 59th tank regiment dug in east of Kharkiv.

Near the treeline on raised ground, they looked down on a valley of villages.

From there, Ukrainians say the tanks’ guns attacked civilian vehicles and homes below.

Sky News joined Ukrainian and Lithuanian investigators combing over what’s left of their positions for evidence of war crimes.

Under the rules of law any deliberate attack on civilians without military justification is a war crime.

On the same day in Kyiv, Sergeant Vadim Shishimarin became the first Russian to be convicted of a war crime after pleading guilty to shooting an unarmed 62-year-old man in the head. Ukraine hopes he is the first of many.

On the hillside, prosecutors crawled through blown up foxholes and searched scattered Russian belongings.

They found useful documents and other evidence we were told.

He said they also ambushed lorries and vans trying to bring food and supplies to the villagers during the occupation.

Can you punish them even though they may have escaped to Russia or the east, they were asked.

We will try, he said.

We followed the teams as they combed the wreckage of Russia’s burnt-out vehicles and deserted camps.

The Russians appear to have fled in haste.

Ukraine is building the case against as many Russians as it can. Social media and online technology are helping.

The Ukrainians are gathering names of units and soldiers and compiling databases of evidence against them.

Accused Russians could face arrest if they leave the country once charges are brought against them. 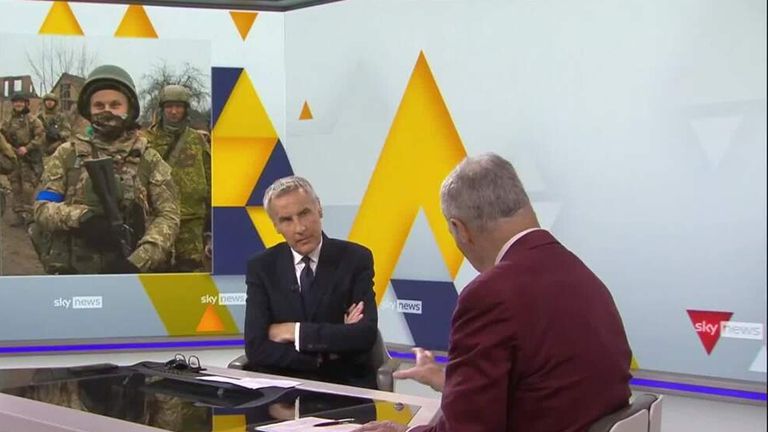 Crucial to that effort is the painstaking work Sky News witnessed on the hills east of Kharkiv.

More and more locations like this are becoming war crimes scenes of investigation as Ukraine continues to amass its evidence.