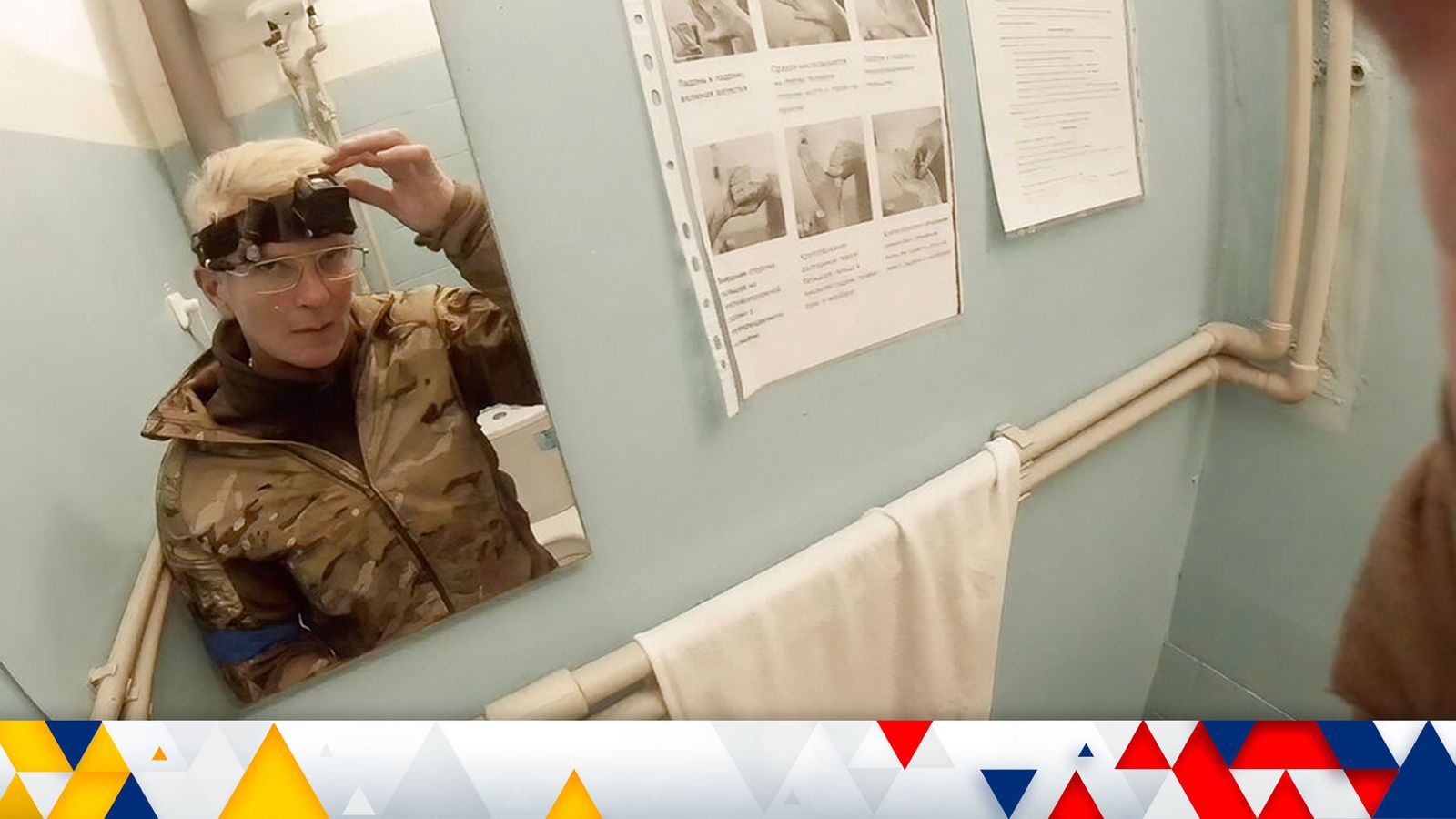 A captured volunteer medic’s bodycam footage shows the horrors taking place in the ruined city of Mariupol after it was smuggled out in a tampon.

Yuliia Paievska is referred to as Taira in Ukraine, a moniker from the nickname she chose in the World Of Warcraft video game.

Using a body camera, the 53-year-old recorded 256 gigabytes of her team’s frantic efforts over two weeks to save people from the brink of death.

The bodycam was given to her in 2021 for a Netflix documentary on the Invictus Games, where she was meant to be competing, but she ended up using it to document a warzone instead.

She managed to get the harrowing clips to journalists from the Associated Press as they left the city in a rare humanitarian convoy.

The data card was hidden inside a tampon, and the team passed through 15 Russian checkpoints before reaching Ukrainian-controlled territory.

Ms Paievska and her driver were then captured by Russian soldiers the next day on 16 March – one of many forced disappearances in areas of Ukraine now held by Russia.

She is now a prisoner of the Russians and has not been seen since.

Russia has portrayed Ms Paievska as someone working for the nationalist Azov Battalion – a volunteer paramilitary militia formed in 2014 that has been fighting Russian forces in the Donbas War.

The claim is in with Moscow’s narrative that it is attempting to “denazify” Ukraine, but no evidence of this has been found, with Ms Paievska’s friends and colleagues saying she has no links to Azov.

The bodycam footage captured by Ms Paiveska shows that she tried to save wounded Russian soldiers as well as Ukrainian civilians at a military hospital where she led the evacuations of the wounded.

A clip recorded on 10 March shows two Russian soldiers taken roughly out of an ambulance by a Ukrainian soldier.

One is in a wheelchair and the other is on his knees, hands bound behind his back, with an injured leg.

They wear white armbands as winter hats cover their eyes.

After a Ukrainian soldier curses at one of them, Ms Paiveska tells him: “Calm down, calm down.”

A woman asks her: “Are you going to treat the Russians?”

“They will not be as kind to us,” she replies, adding: “But I couldn’t do otherwise. They are prisoners of war.”

Ms Paiveska is a celebrated star athlete in Ukraine as well as the person who trained the country’s volunteer medic force.

Her footage is an intimate record from 6 February to 10 March of a city under siege that has now become a worldwide symbol of the Russian invasion and Ukrainian resistance.

Two days later, she instructed her colleagues to wrap an injured Russian soldier in a blanket.

“Cover him because he is shaking,” she says in the clip. She also calls the young man “Sunshine” – a favourite nickname for the many soldiers she took care of – and asks why he came to Ukraine.

In somewhat confusion, he tells her: “You’re taking care of me.” She responds: “We treat everyone equally.”

Later that night, two children – a brother and sister – arrive seriously injured following a shootout at a checkpoint where their parents were killed.

Despite Ms Paievska’s best efforts to “stay with me, little one”, the little boy is later pronounced dead.

She turns away from his lifeless body and cries, saying, “I hate (this),” before closing his eyes.

Ms Paievska is one of the hundreds of prominent Ukrainians who have been kidnapped or captured, including journalists, activists and human rights defenders and local officials.

Some 204 cases of enforced disappearances have been recorded by the UN Human Rights Monitoring Mission in Ukraine so far.

It is understood that some victims may have been tortured, while five have been found dead.

Meanwhile, the office of Ukraine’s ombudswoman said it had received reports of thousands of missing people as of late April, with around 528 believed to have been captured.