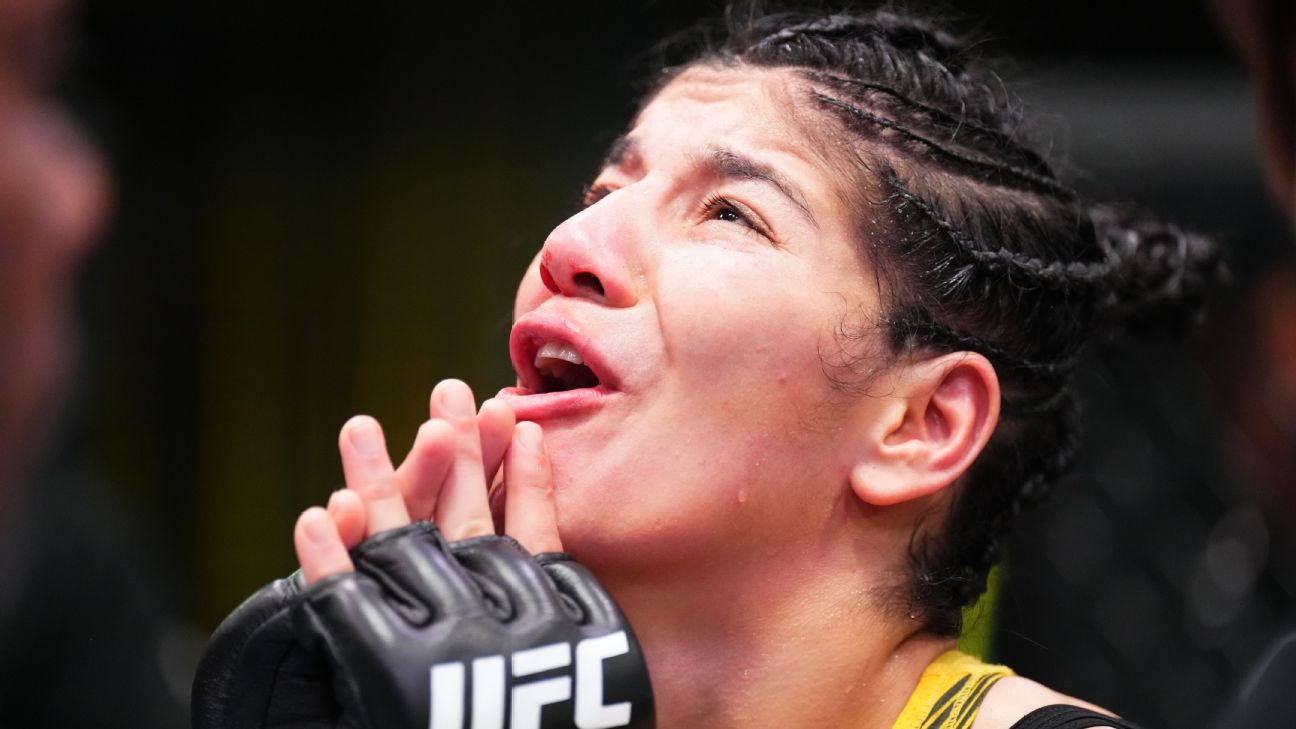 LAS VEGAS — The UFC’s women’s bantamweight division has a new title contender on its hands.

Ketlen Vieira (13-2), of Manaus, Brazil, improved to 3-1 in her past four fought contests on Saturday, as she outpointed former champion Holly Holm (14-6) in a five-round main event. The 135-pound fight was very close. Two judges scored it 48-47 for Vieira, while a third had it 48-47 for Holm.

The victory could very well place Vieira next in line for a title shot. Current champion Julianna Peña is set to defend her belt against Amanda Nunes at UFC 277 on July 30. That bout is a rematch of their shocking title fight in December, which Peña won via submission in the second round.

Vieira, 30, has built her title résumé off two former champions. Prior to Saturday’s win over Holm, she took out another former champ in Miesha Tate in November.

Holm is a Hall of Fame professional boxer, but it was Vieira’s hands that appeared to be more dangerous on Saturday. She found her distance with the straight right hand as the fight progressed, scoring on Holm at range — where Holm is usually strongest. Vieira’s success at range actually forced Holm to close distance, which Vieira used to her advantage at times by landing counter rights.

Holm’s best work actually came in the clinch, which she tried to apply throughout the fight. According to UFC Stats, she accumulated over 10 minutes of control time by holding Vieira against the fence, where she landed short knees and punches. She out-landed Vieira in total strikes 188 to 122, but many of those short shots along the fence did not carry much weight.

Holm did score one knockdown with a sidekick to Vieira’s body in the fourth round, and she landed a pair of powerful front kicks in the fifth. Vieira’s offense was just heavier, however. She also nearly submitted Holm in the second round with a standing rear-naked choke, after Holm got careless in a takedown attempt.

For Holm, the loss snaps a two-fight win streak. The Albuquerque native had been knocking on the door of her first title fight since 2019, when she suffered a first-round knockout to Nunes.