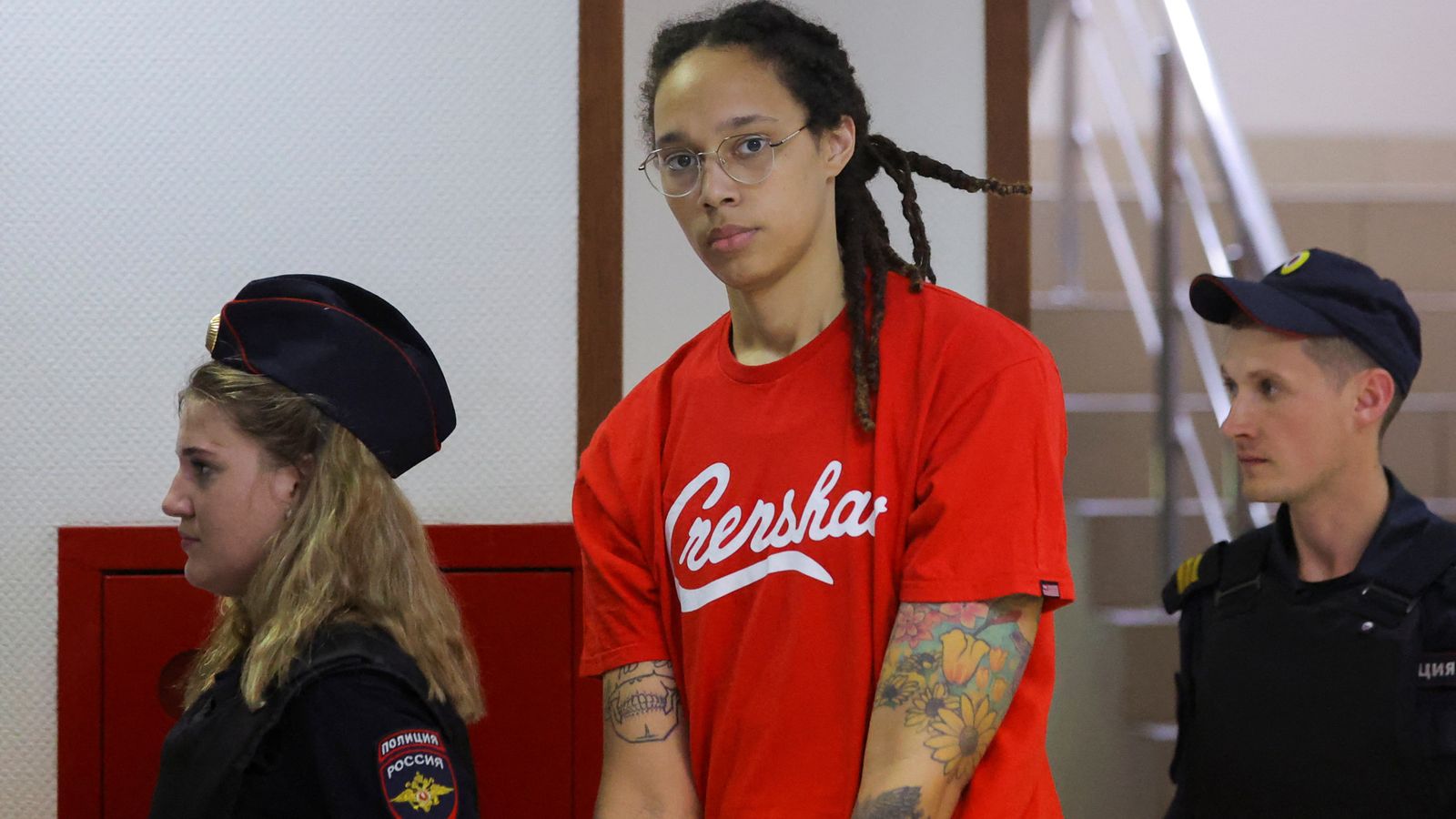 US basketball player Brittney Griner has pleaded guilty to drugs charges in a Russian court.

The 31-year-old was arrested at Moscow’s Sheremetyevo Airport in February while travelling to play for a Russian team.

Police said she was carrying vape canisters with cannabis oil.

Speaking today, she told the court: “I’d like to plead guilty, your honour. But there was no intent. I didn’t want to break the law.”

Russian news agencies quoted Griner as telling the court she had acted unintentionally because she was packing quickly.

The Phoenix Mercury star and two-time US Olympic gold medallist could face up to 10 years in prison if convicted.

Griner’s wife, Cherelle, has urged US President Joe Biden to secure her release, calling her “a political pawn”.

The White House said on Wednesday that the president had phoned her to say he’s doing everything he can to get Griner released.

They spoke after Mr Biden read a letter from Griner in which she said she was worried she would never return home.

Deputy Foreign Minister Sergei Ryabkov warned on Thursday that “attempts by the American side to make noise in public… don’t help the practical settlement of issues” and said the trial must run its course.

Kremlin spokesman Dmitry Peskov previously denied politics and the Ukraine war had anything to do with the sports star’s detention.

Griner’s supporters have encouraged a prisoner swap like the one in April that sent home marine veteran Trevor Reed in exchange for a Russian pilot convicted of drug-trafficking conspiracy.

But Mr Ryabkov said “there are no formal or procedural reasons to talk about any further steps” until the trial finishes. However, there are fears that process could take months.

The trial began last week but was adjourned after two witnesses failed to appear.

How to pick the best MacBook so you’re not overspending for what you don’t need
Grease star Olivia Newton-John dies aged 73
Russian warplanes destroyed in Crimea airbase attack, satellite images show
Salman Rushdie may lose eye and is on ventilator after he was stabbed, says agent
No new measures to help with cost of living after crisis talks between PM and energy bosses